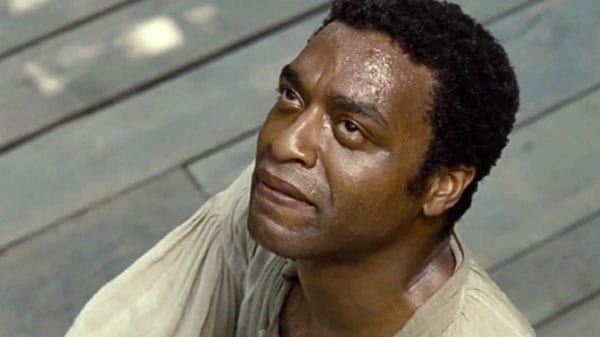 PICKS OF THE WEEK
“12 Years a Slave” (R) — Solomon Northup was an accomplished violinist who had a relatively comfortable life with his wife and children, living in Saratoga Springs, N.Y., in the 1800s. He was a free black man, born free in the north. This movie, based on Northup’s memoirs, begins with an establishing scene of him working on a plantation after he was kidnapped, shipped south and sold as a slave.

The film already is guaranteed classic status. As Northup, Chiwetel Ejiofor musters bottomless pain and disbelief without going over the edge. Director Steve McQueen manages a fine balance between the darkness of human villainy and the beauty of world around them.

“Hours” (PG-13) — Nolan (Paul Walker) and his wife Abigail (Genesis Rodriguez) rush to a New Orleans hospital because of complications with her pregnancy. In a short span, Nolan loses his wife and is presented with his newborn daughter — who will require a respirator for the next 48 hours. Then Hurricane Katrina shows up. Then go the lights. Then the hospital is abandoned. Then there goes the rule of law.

With the recent loss of Paul Walker in a car accident, it’s intriguing see how the leading man of the “Fast & Furious” franchise could support a different kind of on-screen tension. The movie takes you for a ride, with Walker behind the metaphorical wheel, but this isn’t a full-throttle thriller. Walker balances grief and joy and shock and the will to fight.

“Girl Rising” (PG-13) — This is a collection stories from young women around the world that are processed, acted out, filmed professionally and animated with little flourishes. The global storytelling jumps from topic to topic, continent to continent, but a few common threads exist. Stories include an account by a Haitian girl who defiantly attended school after the earthquake, even though her family could no longer afford the tuition. A host of celebrity voiceovers and visualized statistics can make things a little distracted. Still, it’s a moving and valuable study of the will of girls to find their place in the world despite adversity.

“The Grandmaster” (PG-13) — Ip Man is the revered legend of Kung Fu — a man who, during a transformative period in China’s history, made a name for himself as the undefeated master of martial arts. While he would later go on to train Bruce Lee in Hong Kong, Ip Man’s story starts in southern China, where he started training at the age of 7. The film is replete with creative and engrossing fight scenes, all set to the backdrop of the foreign invasion of mainland China. It’s not a quest for revenge or beat’em up action flick, but rather a swift and stunning biography of a larger-than-life warrior.