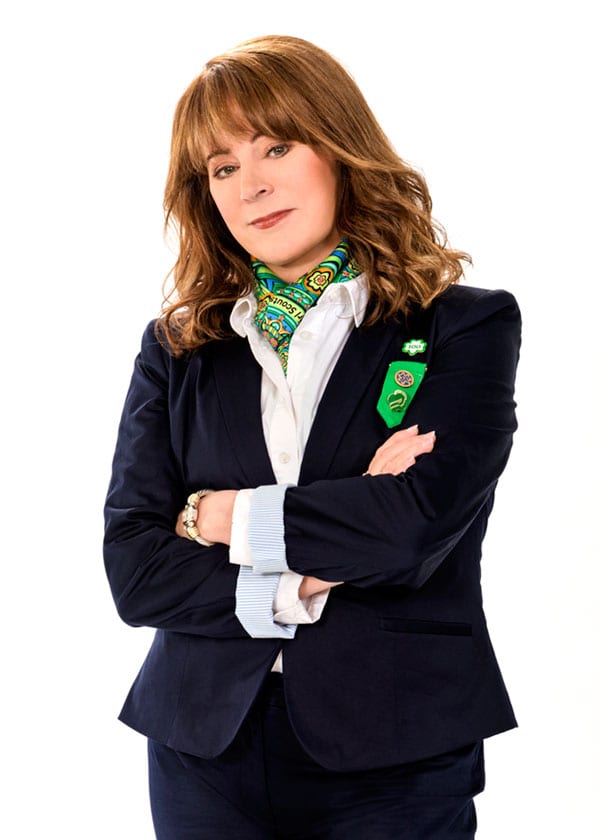 By Cindy Elavsky
Q: Can you tell me what Patricia Richardson has been up to lately? I loved her on “Home Improvement” and “The West Wing,” but I haven’t seen her in anything lately. — Joy T., via email

A: Everyone’s favorite TV mom, Patricia has been easing back into acting now that her children are off to college. I spoke with her recently to discuss a cause that is close to her heart: bringing awareness to rare diseases. In 2005, Patricia lost her father to progressive supranuclear palsy, a neurodegenerative brain disease that has no known cause, treatment or cure. Now she is doing all she can to raise awareness of the disease and money toward finding the cure, partnering with the National Organization of Rare Disorders. (Go to psp.org for more info.)

In regard to acting, Patricia is ready to jump back in with both feet. She told me: “I’ve started doing theater again. I’ve done three Hallmark movies in the last year, and that’s been good for me, to have the chance to get in front of a camera and feel comfortable again. I’m coming around to where I’m starting to feel like, ’Oh yeah, now I remember why I liked this.’ My kids are doing really well, so I feel good about [my choice to step back from acting]. I’m very lucky, and I’ve been really blessed.”
* * *
Q: I read that Amy Poehler is going to be in another NBC comedy. If that’s true, what will happen with “Parks and Rec”? — George D., Harrisburg, Pa.

A: Don’t’ worry: Amy isn’t leaving “Parks and Rec.” She’ll be producing a yet-untitled comedy for the Peacock Network that will star Natasha Lyonne (“Orange Is the New Black”) and will center on Natasha’s character, who works as an aide to a group of senior citizens while she tries to find herself.
* * *
Q: I read some time ago that Morgan Freeman had divorced his wife in order to marry his step-granddaughter. Is this true? — Pauline L., via email

A: This was just another horrible Hollywood rumor, which as a rule I stay away from, but this rumor is one that needs to be cleared up. The answer is a resounding no, with Morgan releasing this statement: “The recent reports of any pending marriage or romantic relationship of me to anyone are defamatory fabrications from the tabloid media designed to sell papers.”
* * *
Q: Will “Dracula” be back for a second season? — Richard R., via email

A: As of this writing, NBC has not announced a renewal decision. If the show does get renewed, then I will start watching it. I’ve been disappointed so often in the past, where I get involved with a show only for it to be canceled — “FlashForward,” “The Gates,” “GCB” — that I am now more cautious about committing to a new series.