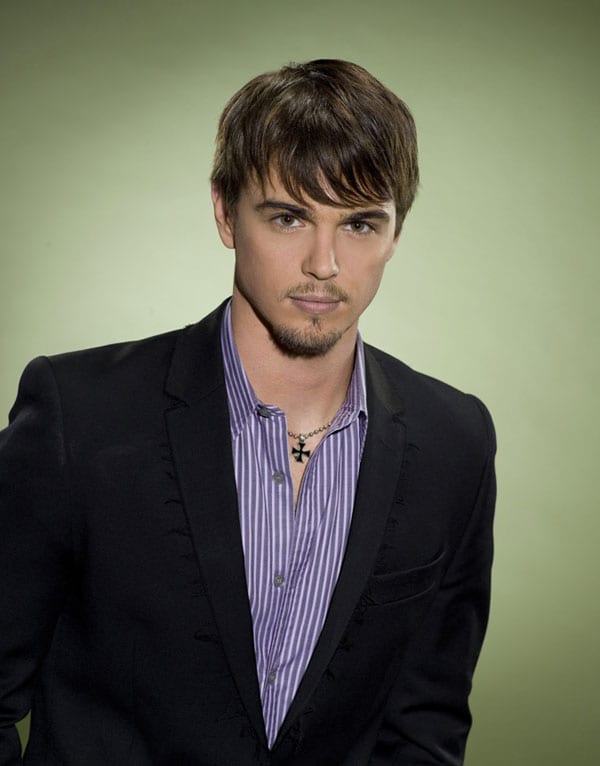 Darin Brooks stars as “Wyatt” on “The Bold and The Beautiful.” 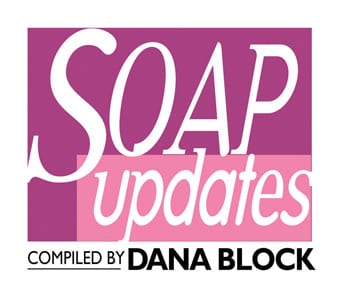 THE BOLD AND THE BEAUTIFUL
Brooke returned home from Paris. Aly walked in on Hope and Wyatt in bed together. At the park, Ridge and Katie declared their love and shared a dance. On the way home from Paris, Hope confided in Wyatt that she purposely left Katie and Ridge alone together to figure out their feelings for each other. At the Forrester office, Hope confronted Ridge about leaving his family and Brooke the way Bill did with Katie. Brooke didn’t believe Katie at first when she said that she and Ridge were in love. Ridge left the office to face the music with Brooke. Aly eavesdropped on Pam and Quinn’s conversation about Wyatt and Hope. Later, Wyatt gave Hope a massage in the steam room. Wait to See: Aly stands up to Quinn.

DAYS OF OUR LIVES
John delivered devastating news to Hope about Bo. JJ was smitten with a beautiful woman. Brady was not pleased to have his father back in town and made his feelings abundantly clear about it. Rafe was heartbroken and confused over Jordan’s decision. Marlena tried to dissuade Eric from getting involved with Nicole. Hope and Aiden had a slight thaw while working together. Jennifer was stunned by Liam’s reaction when she broke up with him. Abigail was horrified when she realized that she might be pregnant. Eric and Nicole’s attraction began to heat up. John and Marlena shared a tense reunion. Wait to See: Marlena seeks solace in Roman’s arms.

GENERAL HOSPITAL
A struggle erupted between AJ and Ava, resulting in AJ being shot. Unbeknownst to Sam and Silas, someone was secretly watching them at the clinic. Luke finally came clean and told Tracy where he had been. Elizabeth informed Michael about AJ’s dire condition. Alexis and Molly’s never-ending argument about TJ caused Molly to call Ric with an unexpected request. Luke had a proposition for Tracy. Michael and Elizabeth kept vigil at AJ’s bedside. Duke found himself in a quandary that could alienate him even further from Anna when a suspect wanted to use him as an alibi. Alexis deferred AJ’s case to Ric. Carlos’s loyalty was tested. Wait to See: Lulu dreams that Ben is her son.

THE YOUNG AND THE RESTLESS
Chloe said that she deserved to be punished for taking Connor. Jill believed that Colin was sending her on a wild goose chase. Victoria wondered if her marriage was even worth fighting for anymore. Billy told Kelly that they couldn’t be friends anymore. To assuage her guilt, Sharon assured Nick that Summer was still his daughter in every sense of the word. Avery reminded Dylan that Nikki was finally able to confront her past. Hilary questioned if Neil was trying to set her up with Devon. Lily and Cane reluctantly agreed to have dinner with Colin. Anita and Chelsea blamed each other for Connor’s kidnapping. Victor promised Cane a big promotion if he cleaned up the Bonaventure mess. Wait to See: Tensions rise between Lily and Hilary.