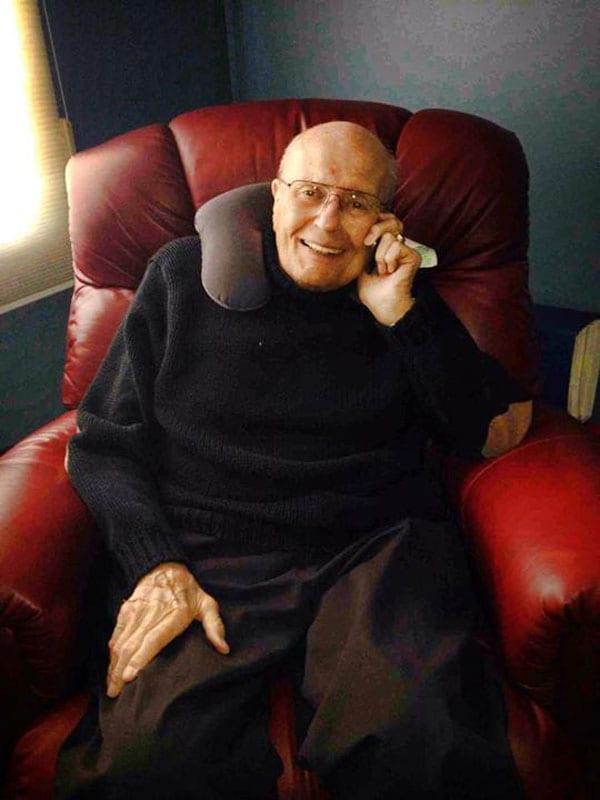 The congressman posted a photograph of himself resting at home on his Facebook page at 12:30 p.m. Friday with a short message stating he was “working from home and feeling good.” He also gave thanks for the prayers and well wishes sent his way.

Dingell, 87, checked himself into the hospital Thursday for a minimally invasive procedure to correct a recently developed atrial fibrillation, or heart rhythm disorder.

The hospital admittance came less than three weeks after Dingell announced that he would not be running for re-election for Congress in November for the first time since 1957.

Dingell is expected to return to Washington, D.C., when Congress reconvenes March 24.

His current term ends in December.

In announcing his upcoming retirement, Dingell pointed toward the partisan fighting and lack of cooperation in getting work done as a reason for his retirement, as well as the feeling that it was the right time to step away.

“Around this time every two years, my wife, Deborah, and I confer on the question of whether I will seek re-election,” Dingell said. “I put myself to the test and have always known that when the time came that if I felt I could not live up to my own personal standard for a member of Congress, it would be time to step aside for someone else to represent this district.”

Deborah Dingell announced four days later that she would be running to fill his vacated seat.

John Dingell took office on Dec. 13, 1955, following a special election for the seat representing the 15th District of Michigan. The seat had formerly been held by Dingell’s father, John D. Dingell Sr., who represented the district from 1933 until his death in 1955.

Since then he has been re-elected 29 times despite the re-drawing of district lines several times over the years. Dingell was last victorious in the November 2012 elections where he won the seat representing Michigan’s 12th District.