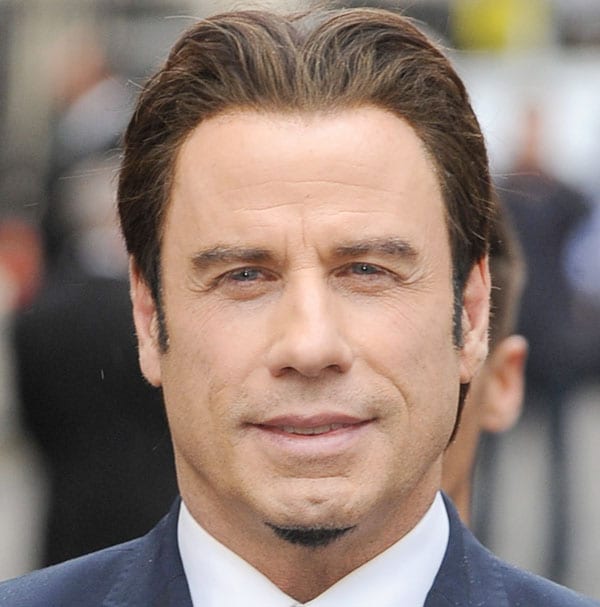 HOLLYWOOD — Just about every talk-show host and news commentator made fun of John Travolta mispronouncing Idina Menzel’s name on the Academy Awards show. What really happened?

During my first photo-shoot with Travolta in 1970, just before “Welcome Back, Kotter” went on the air, he overlapped the buttons on one of his sleeves as he posed for photos. When they were printed, as full-page pin-ups, they clearly showed how he overlapped his buttons. It sparked a fashion trend that millions of teenage fans copied. I suspected then, that like Tom Cruise and other actors, he was dealing with some form of dyslexia.

As he approached Idina’s name, he stumbled over the word “wickedly,” referring to her Tony Award performance in “Wicked” as “The Wicked Witch of the West.” The letters of her name must have bunched together, thus creating his dyslexic moment. It could happen to anyone under that kind of pressure; it didn’t deserve a week of jokes at Travolta’s expense.
* * *
Two years ago after scoring big on “Glee” singing “Don’t Rain on My Parade,” Lea Michelle was reportedly headed to Broadway in a revival of “Funny Girl,” then suddenly the tour was can celed. Now “Glee” producer
Ryan Murphy has acquired the rights to “Funny Girl,” and word is he wants to send Lea to Broadway as Fanny Brice and feature the entire process on “Glee.” The idea isn’t new — the late Bill Bell, producer and creator of “The Young and The Restless” soap, allowed Michael Damian to do “Joseph and His Amazing Technicolor Dreamcoat” on Broadway so they could follow the process on “Y&R” and allow fans of Danny Romolatti (his character) to be there on opening night.
* * *
It’s time for the networks to trot out their new pilots in hopes of getting some of our old favorites back on the tube. ABC has “Friends” alumnus David Schwimmer in “Irreversible,” “Soprano’s” star Michael Imperioli in “Saint Francis,” “Taxi” star Judd Hirsch in “Forever,” and Henry Winkler in “The Winklers,” a true-to-life series inspired by his own family.