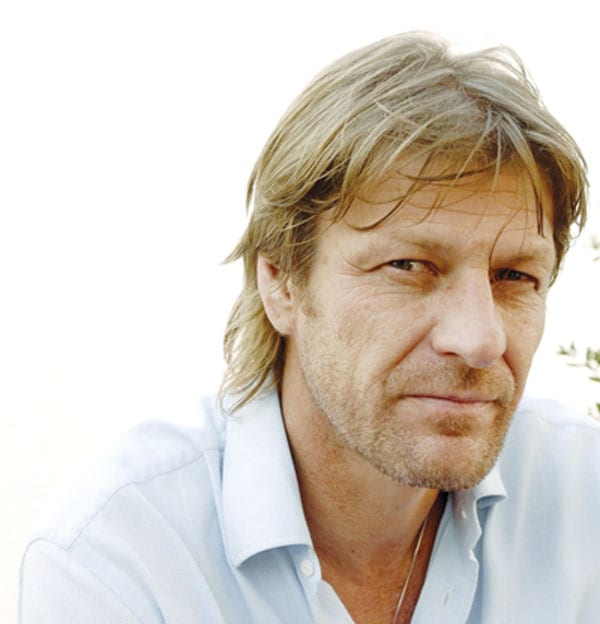 By Cindy Elavsky
Q: With “Games of Thrones” starting back up, it got me wondering what Sean Bean is up to. Can you tell me what he’ll be in next? —  Alicia W., via email

A: Beginning in August, Sean stars in the new TNT action-thriller series “Legends,” which is set to premiere Wednesday, Aug. 20, at 9 p.m. ET/PT. The story centers on Sean’s character, Martin Odum, who plays a deep-undercover FBI agent who may be losing his grip on reality. Martin has the ability to transform himself into a completely different person for each job, but he begins to question his own identity when a mysterious stranger suggests that he isn’t the man he believes himself to be.

The series comes from “Homeland” executive producers Howard Gordon and Alexander Cary, and “Fringe” co-executive producer David Wilcox, and co-stars Ali Carter, Morris Chestnut, Amber Valletta, Steve Harris and Tina Majorino.
* * *
Q: I was happy to read in your column that Kiss will be inducted into the Rock ’n’ Roll Hall of Fame. Will they be touring to support their induction? —  Gary T., Cleveland

A: Kiss will indeed be embarking on a joint project this summer, co-headlining with hard-rock superstars Def Leppard in a 42-city summer stadium tour, which will run from June 23 to Aug. 31. Def Leppard lead singer Joe Elliott said that he and Kiss bassist Gene Simmons first discussed the idea of the two bands touring together when they played some South American dates two years ago as part of a rock-and-roll all-stars tour. “It’s finally happened, which is fantastic,” Joe said. Also, a dollar from each ticket sold on the tour will go to the Wounded Warrior Project and other military nonprofits. (Go to livenation.com for ticket info.)
* * *
Q: Starz canceled “Magic City” just as season two ended. What a disappointment. The show was never given much publicity, but it was wonderfully done. I love it and miss it so much, and so do my friends. Is there any chance of “Magic City” going to another cable network? —  Dale P., Fort Worth, Texas

A: While I never say never (see “Scrubs” and “Cougar Town” for examples), there hasn’t been much talk about the series continuing. Set in 1959 in Miami shortly after the Cuban Revolution, “Magic City” centered on the story of Ike Evans, played by Jeffrey Dean Morgan, who owned Miami’s most glamorous hotel, the Miramar Playa. I do have slightly good news for you, though: The entire 16-epsiode “Magic City” series will be released by Starz and Anchor Bay in Blu-ray and DVD formats on May 13.
* * *
Q: Can you tell me if “Unforgettable” will be back? —  Tom V., The Villages, Fla.

A: The CBS drama series starring Poppy Montgomery as Carrie Wells, a woman with hyperthymesia —  a rare medical condition that gives her the ability to visually remember everything —  will return with a 13-episode third season beginning in June.