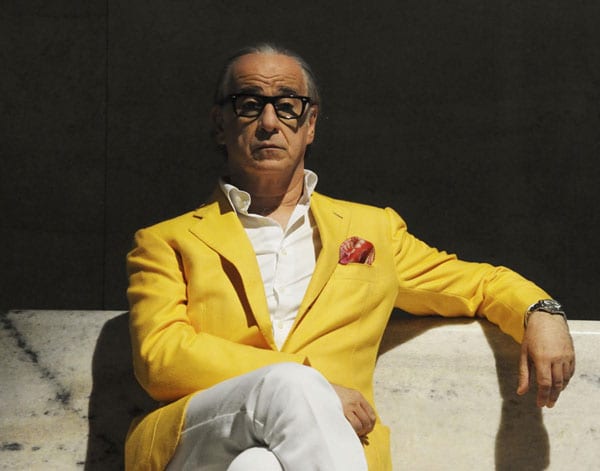 Toni Servillo in “The Great Beauty”

PICKS OF THE WEEK
“The Wolf of Wall Street” (R) —  Jordan Belfort (Leonardo DiCaprio) was a kid from Long Island who went from working in a strip mall to the financial district in a whirlwind of corruption and indulgence. Before he was 30, he already had inflicted considerable harm on the economy, not to mention the damage to his brain and his soul. In the late ’80s, the twentysomething penny-stock broker learned a few (illegal) tricks of the larger stock trade, and rocketed to a world of sex, drugs and vulgar displays of wealth.

Martin Scorsese put this movie in fast-forward and full volume. I don’t think there’s another movie about financial fraud that has this much reckless abandon. Yet it all still works: the film pulled five Oscar nominations, including Best Picture.

“The Great Beauty” (unrated) —  This Oscar-winning Italian film could be considered the older, more thoughtful cousin to “The Wolf of Wall Street” or the latest version of “The Great Gatsby.” It begins with the lavish 65th birthday party of Rome’s most jaded journalist, Jep (Toni Servillo). While his gorgeous guests swirl around him, he’s concerned with existential problems that amount to bubbles in the champagne. His character starts to shift when he learns that his sweetheart from his teen years has recently passed away.
The movie features the highest, lowest and strangest people in Rome —  each one serving as a different jumping-off point for Jep’s musings. Servillo is an accomplished and immensely watchable performer. His character is at once smug and vulnerable, curious and disillusioned.

“Delivery Man” (PG-13) —  David Wozniak (Vince Vaughn) is an adult underachiever who never grasped the whole responsibility thing. His chance to change as a person comes from a lawsuit —  142 of his 533 children want to know who he is. David made plenty of contributions to a sperm bank in the ’90s, and he has a chance to connect with his many offspring, who are now in their 20s. While Vaughn is charming enough, the movie takes a slow slide into distracted storytelling and sentimentality.

“Odd Thomas” (unrated) —  In a small desert town somewhere, there’s a fry cook (Anton Yelchin) who can see the invisible demons lurking all around us. His name is Thomas, and his condition has made him understandably odd. Only Thomas can see the “bodachs” moving in —  bodachs are these are unbelievably cool-looking and well-animated monsters that show up just before awful things happen. Thomas and his girlfriend (Addison Timlin) team up with the sheriff (Willem Dafoe) to take up the fight against supernatural evil and Thomas’ unending weirdness.