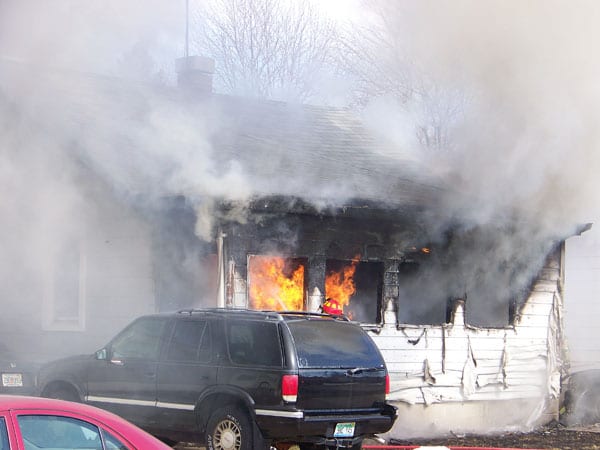 Photo by James Mitchell
Lincoln Park firefighters worked to contain a fire Wednesday that all but destroyed a house in the 2100 block of Reo Avenue. The woman who rents the house, her 4-year-old child and family dog escaped without injuries, and “were lucky to get out of the house,” according to Lincoln Park police. Fire investigators had not yet confirmed the cause of the fire by presstime. The 46-year-old woman told investigators she had been using a slow cooker and began smelling smoke about 3 p.m. She quickly left and called 911, and Lincoln Park firefighters were on the scene within minutes. The house and three vehicles in the driveway — two belonging to her neighbor — were heavily damaged before the blaze was extinguished less than an hour after being reported. The woman and her child were assisted by the Red Cross. Firefighters from Allen Park and Dearborn responded as well.