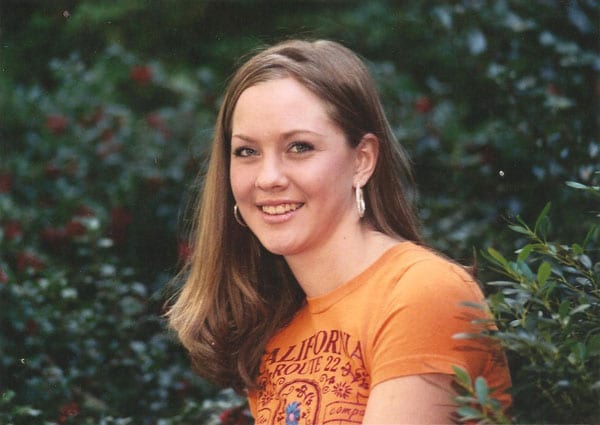 TAYLOR — The public is invited to enjoy a day of fun at the Romulus Athletic Center and raise funds for a locally-based charity at the same time.

Those visiting the RAC between noon and 8 p.m. March 29 can enjoy swimming, basketball, volleyball, rock climbing, fitness classes, the hot tub and much more.

“It’s a unique fundraiser,” said Karen DePriest, who founded the charity to honor her late daughter, Christy Lynn DePriest Wright. “The Romulus Athletic Center is an amazing place and there are so many fun activities. Everyone will have a great time.”

The RAC, 35765 Northline Road, is billed as Michigan’s premier recreation facility for good reason. The center has thousands of members who visit for exercise, fun and special events on a regular basis.

General Manager Andy McKay said the RAC and its staff are “honored” to partner with Christy’s Legacy of Hope on the fundraising day.

“I invite everyone to come out and enjoy a day at the RAC to help support a great organization that does amazing work with orphaned children throughout the world,” McKay said. ”Spend your day in a healthy way with our five-pool water park, basketball and volleyball gyms, climbing wall, fitness facilities and indoor walking track – and help Christy’s amazing story carry on.”

Before she died in May 2010 of a rare form of cancer, Wright spent five weeks teaching English to orphaned children in China. The young Taylor woman fell in love with her students and hoped one day to return to China and care for the orphaned children.

The non-profit charity continues Wright’s vision, passion and commitment to orphans throughout the world. DePriest, president of Christy’s Legacy of Hope, organizes fundraisers throughout the year to support the charity’s good deeds and to carry on her daughter’s legacy.

On the “day of fun,” many of the activities will be available throughout the entire eight hours, while others have scheduled times. Basketball

There will be special attractions. Licensed Zumba instructor Tammy Kirk will present sessions from 1 to 2 p.m. and 3 to 4 p.m. in the upstairs studio.

Annelise Woitulewicz of AW Health Coach LLC, will speak in the afternoon about healthy habits in one of the conference rooms. Topics will include “More Energy with Mind Body Nutrition” at 12:30 p.m., “Eating Psychology for Everyone” at both 1:30 and 4 p.m. and “Sugar Blues” at 3 p.m. Healthy foods will be sold on site.

More About Christy Lynn DePriest Wright
Family and friends describe Christy as an energetic, beautiful, young lady that had many passions in life.

At Taylor Truman High School, she was involved in many facets of student life. She was president of her class two years, a cheerleader, prom queen, a member of the homecoming court, high school news reporter for a local newspaper and a member of the National Honor Society. She worked for the city of Taylor and played the flute. She was also involved in a variety of activities at Beacon Baptist Church.

Also, Wright loved to work with children and volunteered to do many activities with them.

After high school graduation, Wright went on to Liberty University in Lynchburg, Va., where she received a master’s degree. It was during her years at Liberty that Wright traveled to China to teach English, attending to the needs of children there.

Her passion for this cause can be traced to an essay she wrote while attending Hoover Middle School in Taylor. She wrote about a baby she had seen in a magazine who had been abandoned by his parents. The essay was published by Kaleidoscope Magazine. Her trip only increased her desire to return to China one day.

Wright married Corey Wright in the summer of 2007 and they both felt compelled to fulfill this dream. They were residing in Virginia and were only two years into their marriage when Christy was diagnosed with hepatic epithelioid hemangioendothelioma, a rare form of cancer of the outer lining of the blood vessels.

Family and friends formed Christy’s Legacy of Hope in her memory. Funds raised have gone to a variety of good causes, including:

• The charity provided funds to a western Michigan based organization for 14 wagons that were used to transport special needs children in China to physical therapy.

• Krisztina Scherer, a school teacher in Virginia who was a friend of Christy’s, received funding to travel to Ethiopia to work with orphan children.

• Four large boxes of items for children were purchased for James Thorsen, also of Virginia, who packed the items in suitcases, transported them by air to Haiti and distributed the goods to children in hardship. The items included basic necessities such as clothing, diapers, tooth brushes and tooth paste along with such toys as jump ropes, coloring books and crayons.

Other upcoming fundraisers include a dining event May 19 and 20 at the Texas Roadhouse, 14660 Pardee in Taylor, in which the restaurant agreed to donate 10 percent of food proceeds to Christy’s Legacy of Hope. The charity’s annual golf outing is scheduled for June 14 at Taylor Meadows Golf Club, 25360 Ecorse Road.