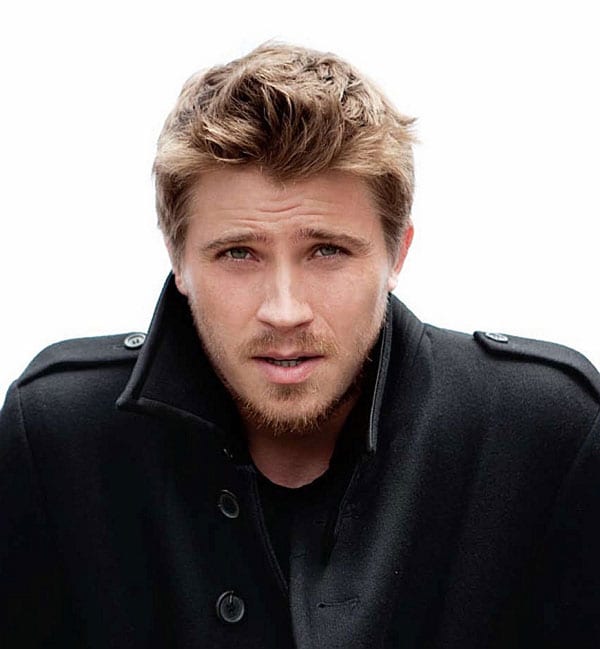 HOLLYWOOD —  Could Warner Brothers be trying to beat NBC to the punch with Peter Pan? It’s moving full steam ahead, with Hugh Jackman already cast as Blackbeard, Garrett Hedlund as Captain Hook and Rooney Mara as Tiger Lily. Now Warner Brothers is searching Hollywoodland for a young boy to play Pan in this prequel about an orphan kidnapped during World War II by pirates and brought to Neverland. NBC’s live production of “Peter Pan” will air Dec. 4.

Hedlund, who last appeared in “Inside Llewyn Davis,” has three films upcoming. He stars with Amy Adams, Terrance Howard and Jennifer Hudson in the drama “Lullaby,” the very secretive “Mojave” and the Coen brothers film “Unbroken,” being directed by Angelina Jolie. It’s based on the life of World War II prisoner of war and Olympic distance runner Louis Zamperini.
* * *
Michael Fassbender, Oscar nominated for “12 Years a Slave,” has a full slate of films upcoming. The comedy “Frank,” with Maggie Gyllenhaal, premieres May 2 in England (no U.S. date yet). “X-Men: Days of Future Past” comes out May 23, followed by the action-thriller “Slow West.” Fassbender currently is shooting “Macbeth” in Surrey, England, with Oscar-winner Marion Cotillard as Lady Macbeth and “Harry Potter’s” David Thewlis. “Macbeth” will be a hard sell, but in the hands of producer Harvey Weinstein it could be a major film at award time.
* * *
Getting to the top of the leading-man heap is hard enough —  but staying there is harder! Take Keanu Reeves —  his “The 47 Ronin” cost $175 million to make but only earned $145 million. He’ll have to do better with the action-thriller “John Wick,” co-starring Willem Dafoe and Bridget Moynahan, later this year, and the sci-fi film “Passengers,” with Rachel McAdams, next year. … Ryan Reynolds’ star is shaky after “R.I.P.D.,” despite starring with Oscar-winner Jeff Bridges and Kevin Bacon. The film cost $130 million and made only $78.5 million. He gets another chance with the comedy horror-thriller “The Voices,” co-starring Anna Kendrick and Gemma Atherton; the thriller “The Captive,” with Scott Speedman and Rosario Dawson (out this year); the drama “Selfless,” with Ben Kingsley; and the comedy-drama “Mississippi Grind,” with Sienna Miller, due out next year. … Zac Efron’s “Parkland” cost $10 million but grossed only $1.4 million. Luckily, “That Awkward Moment,” which cost $8 million, took in $25 million. That’s why his next film, “Neighbors” with Seth Rogan, HAS to score big if he wants to stay on top.

And speaking of staying on top, in an unprecedented move, CBS has renewed the mega-hit series “The Big Bang Theory” for three more years, into its 10th season.