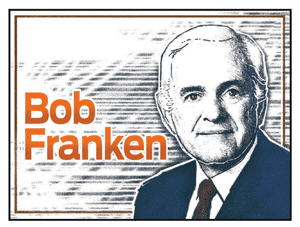 If it wasn’t before, it’s certainly clear now why the nation’s super-rich oligarchs work relentlessly to sabotage the Obama presidency. Take the new POTUS order to expand overtime pay and thwart a system that effectively cheats employees out of what they’ve earned. It’s just one example of how he and his administration are a threat to the few who have burrowed into our legal framework to get away with their shameless tactics to hoard the other people’s money.

Their overtime scam is particularly sleazy. What they have been allowed to do by lawmakers and regulators is declare low-level workers to be supervisors if they oversee fellow employees as just a tiny part of their job, while they actually spend nearly all their time performing the same tasks. By designating them salaried, the corporate masters are able to get around the long-standing requirement that working more than 40 hours a week results in time-and-a-half compensation.

Right now, the Bush-era pay dividing line is $455 per week. This president has directed his Labor Department to increase that to an as-yet-undetermined amount, saying “We’re going to update those overtime rules to restore that basic principle that if you have to work more, you should be able to earn more.”

That would seem to be fairly straightforward, but not in today’s setup. The 1 percenters have their hand puppets, mainly Republicans. And these are talking puppets. When their buttons are pressed, they react to any economic initiatives from the White House by reciting that they’re “job killing.” Never mind that they offer little proof or that the various proposals are simple fairness —  they are “job killing.” In fact, there is ample evidence that spreading the wealth just a teeny bit would enhance growth, but it’s ignored.

We witness the same dance of distortion when it comes to the Obama campaign to increase the minimum wage beyond its subpittance level. What would that be? You guessed it: “job killing.” By that reasoning, the best way to save jobs is to pay the employees nothing. But let’s not go down that road.

Those who hold all the power —  meaning the very few who control the nation’s financial resources —  will do whatever it takes to prevent any disruption of their complex schemes to protect their advantages and support the country’s poisonous inequality.

Their most effective tactic is to subvert our election system, not just by putting up impediments to open ballot access, but more by flooding the campaign with propaganda, much of it misleading, and deceive the voters into ousting anyone who wants reform and installing those who will won’t make waves.

So when a federal Consumer Protection Agency somehow slips through the cracks and becomes reality, their lobbyists fan out to dilute its power while the ones whose corrupt practices might be challenged beckon their political rag dolls to gum up the works, chanting “job killing” as they move in lock step.

Banking regulations? Efforts to strengthen regulation of the most blatant abuses, the ones that caused our financial collapse? Wait for it … they’re “job killing.”

These obese cats will use whatever it takes to neutralize anything that threatens their privilege, and they’ll work overtime to get their way.