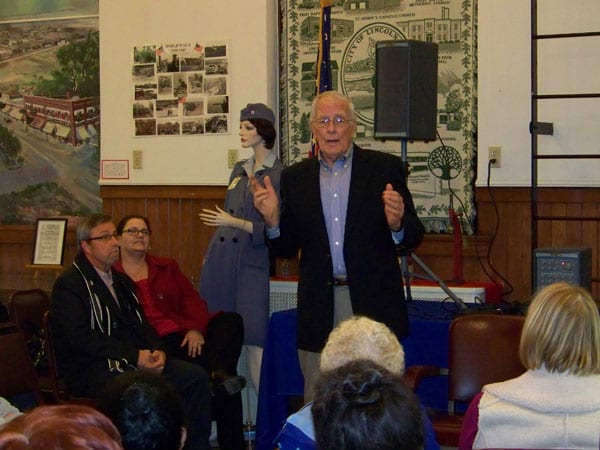 Photo by James Mitchell
Longtime Lincoln Park resident, former police officer-turned author Don Wallace addressed a standing-room only crowd at the Lincoln Park Museum Wednesday for a presentation and signing of his book, “Growing Up in Simpler Times: Memories of Lincoln Park.” Wallace was hosted by the Lincoln Park Historical Society for the evening, and the setting couldn’t have been more appropriate. Wallace said he and his family had moved to the city in 1938, and how he attended a dedication ceremony for the U.S. Post Office at Southfield Road and Fort Park Boulevard — the building now serving as the Lincoln Park Museum. “So many memories,” Wallace said, enough to have begun framing them into the many stories found in his book. For more information on the Historical Society or “Growing Up in Simpler Times,” contact the museum at 313-385-3137.