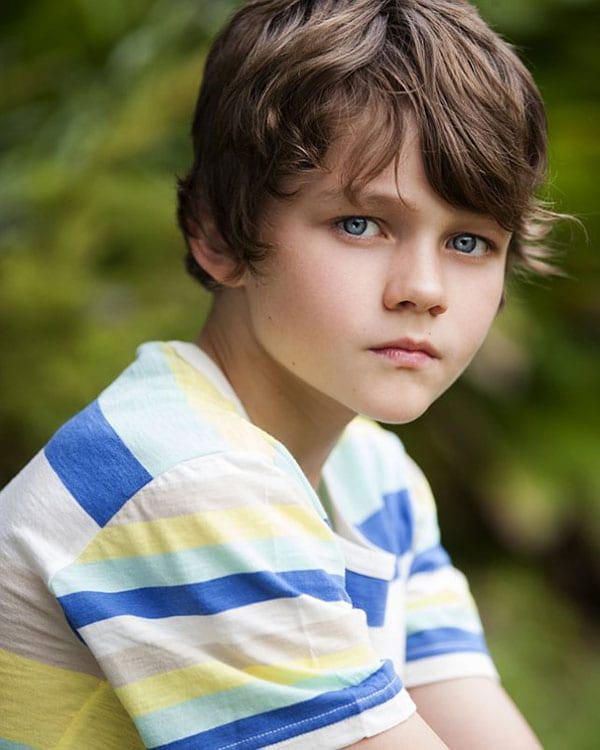 HOLLYWOOD — Warner Brothers has finally found its Peter Pan. After an exhausting search, unknown child actor Levi Miller has won the role. Last August he was seen in “The Spectacular Now,” with “Indulgence” star Shailene Woodley, Kyle Chandler and Jennifer Jason Leigh, which cost $2.5 million to shoot and earned $7 million. He also appeared in “Orca Park” and in guest shots in the series “Necessary Roughness” and “Terra Nova.” “Brothers and Sisters” producer Greg Berlanti has shifted the release date to July 17, 2015, which means NBC’s live production, which as yet has no Peter Pan, will air first on Dec. 4.
* * *
Barkhad Abdi, Oscar nominated for “Captain Phillips,” confessed at award time he was broke and needed a job or he’d have to return to driving a limo in Detroit, has accepted producer/director Judd Apatow’s offer to star with Oscar-winner Tilda Swinton, SNL’s Bill Hader, Amy Schumer and wrestler John Cena in “Train Wreck.”
* * *
Barbra Streisand’s long talked about remake of “Gypsy” has some competition. Adam Shankman is producing and directing “Madame Rose,” based on the life of Gypsy Rose Lee and June Havoc’s mother, Mama Rose, for HBO. Shankman directed “Hairspray,” so it’s a safe bet that “Madame Rose” will be a musical.

Disney’s “Frozen” grossed $1 billion at the box office even before its DVD release. Now Disney is planning a live Broadway musical production of “Frozen.” Kristen Bell, who voiced the lead in the film, already has offered to star in if Disney wants her.
* * *
Judi Dench, Maggie Smith and Bill Nighy are reteaming for “The Best Exotic Marigold Hotel 2.” The original was made for $10 million and grossed $137 million in 2012.

And get ready for a reboot of the 1984 hit “Ghostbusters.” “Ghostbusters 3” will have a new cast, though Bill Murray and Dan Aykroyd have been asked to appear. Sadly, Harold Ramis, one of the co-writers and co-stars, who played Egon Spengler, passed away in February.
* * *
The Disney Channel will air “Girl Meets World,” the spin-off series from “Boy Meets World,” with Ben Savage returning as the father, while William Daniels will reprise his role as Savage’s teacher, Mr. Feeny.

Drew Carey and Craig Ferguson taped their special April Fools’ Day shows in advance. Ferguson hosted “The Price is Right,” with his robot sidekick Geoff Peterson (who wears a “Price Is Right” nametag all the time) and Secretariat, while Drew Carey hosted “The Late, Late Show.” Ironically, both shows are taped in the same building at CBS Television City. Now CBS President Les Moonves wants them to switch jobs permanently … April Fool!