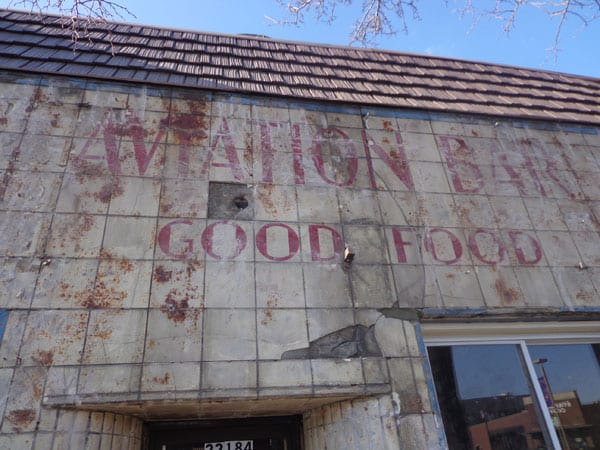 Photo by Bob Oliver
The removal of the front facade of Biergarten, 22184 Michigan Ave., revealed an old piece of Dearborn history last week, as the old signage for Aviation Bar became visible again for the first time in several decades. Aviation was a bar near the corner of Michigan and Howard before it was closed by its owners and became Misko’s Bar and then finally Biergarten in 1994. The Biergarten facade was removed by order of the city because it was collapsing and held in place by six large support beams anchored to the sidewalk.