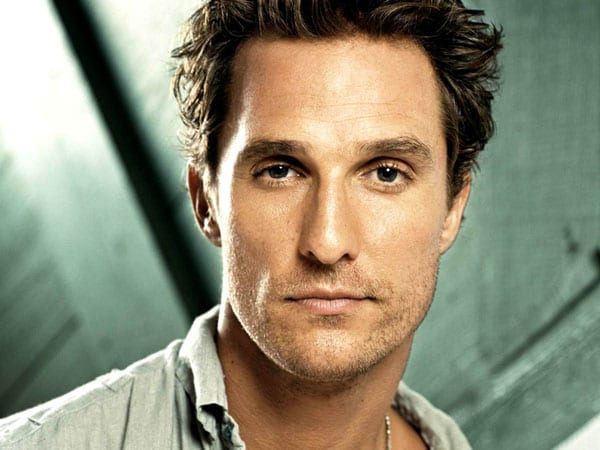 HOLLYWOOD — Oscar-winner Matthew McConaughey, whose next film is Christopher Nolan’s “Interstellar” with Anne Hathaway, Jessica Chastain, Ellen Burstyn and Michael Caine (in theaters Nov. 7), has chosen his first post-Oscar film. He’ll star with Ken Watanabe — Oscar nominated for the Tom Cruise film “The Last Samurai” and the star of the new “Godzilla” (out May 16) — in Gus Van Sant’s film “Sea of Trees.” Like “The Dallas Buyer’s Club,” “Sea of Trees” is a small-budget film about an American man who goes to the “Suicide Forest,” at the foothills of Mount Fuji, to commit suicide. Along the way he meets Watanabe, who has had second thoughts about his suicide, and together they begin a journey of reflection and survival.

Amanda Seyfreid, whose (Linda) “Lovelace” film tanked at the box office, earning only $1.5 million of the $10 million it cost to make, will have a chance for redemption in producer/director/writer and star Seth MacFarlane’s “A Million Ways to Die in the West.” She’s in good company, with Oscar-winner Charlize Theron, Neil Patrick Harris, Giovanni Ribisi, Sarah Silverman and Liam Neeson. It hits screens May 30.
* * *
Talk about revolving doors … Benedict Cumberbatch (PBS’s “Sherlock Holmes”) bowed out of director Guillermo del Toro’s film “Crimson Peak” and was replaced by Tom Hiddleston (Loki in the “Thor” films). He’ll be joined by Charlie Hunnam, (who bowed out of “Fifty Shades of Grey”) and Jessica Chastain. The 37-year-old Cumberbatch opted instead to play “Hamlet” on stage in London. His last London stage show was Danny Boyle’s “Frankenstein” in 2011 with Jonny Lee Miller, who also plays Sherlock Holmes on CBS in “Elementary.”

Because Disney bought “The Muppets” from The Henson Family in 2004, Brian Henson, chairman of The Henson Company, is preparing sequels for “The Dark Crystal,” “Fraggle Rock” and “Farscape” to fill the void. If you haven’t caught the new reality show “Jim Henson’s Creature Shop Challenge,” you’re missing out on how they actually create all those fantastic creatures we see in movies and television.

The Monkees — Mickey Dolenz, Peter Tork and Michael Nesmith (who returned to fill the void left by Davy Jones passing in 2012) — have lined up 14 live play dates, starting May 22. They’ll hit New Hampshire, New Jersey, New York, Pennsylvania, Michigan, Indiana, Wisconsin, Minnesota, Missouri and Ohio, on the first leg of their tour. Check local listings for your city.
* * *
“Frozen” continues to break records. In addition to the $1.6 billion box office, it sold 3.2 million DVD/Blu-Ray copies in its first week and has sold 1.6 million copies of the soundtrack. What I wouldn’t give for a “Frozen” asset like that!