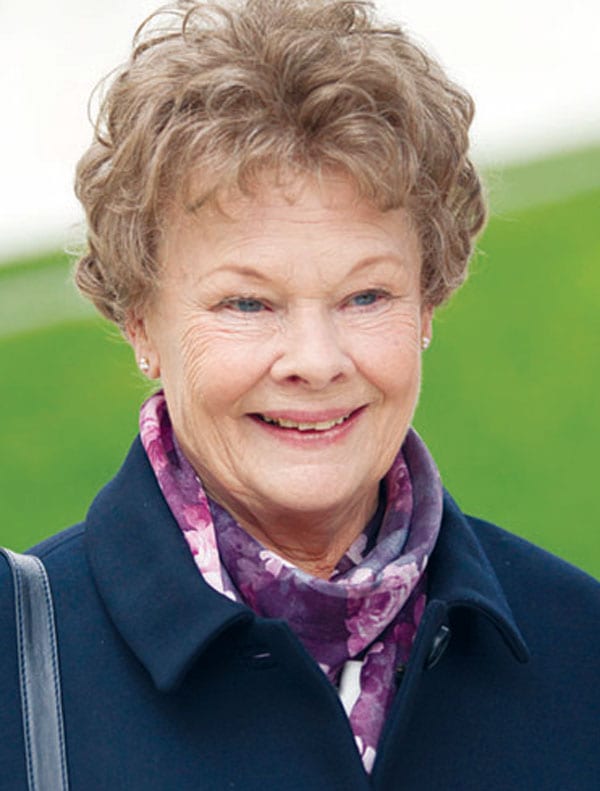 PICKS OF THE WEEK
“Philomena” (PG-13) —  At age 15, Philomena Lee became pregnant and was eventually forced to give up her child for adoption. The decision was made for her by the Catholic home for “fallen women” where she lived and worked. Fifty years later, Philomena (Judi Dench) embarked on a journey to find her child with the aid of a wry BBC journalist, Martin Sixsmith (Steve Coogan). The mismatched pair —  she has the faith and wisdom of common people, he has the cynical intellect of a jaded writer —  follow a trail from her native Ireland all the way to the U.S.

“Philomena” strikes finely tuned chords of drama and comedy, pain and hope. Dench has the soft power to make you care about her struggle, and Coogan shows that his irreverent comedic side has a serious dramatic counterbalance. The film’s Oscar nominations this year included best picture, best adapted screenplay and a nomination for Judi Dench as best leading actress.

“Ride Along” (PG-13) —  Ben (Kevin Hart) wants to propose to his girlfriend (Tika Sumpter), but first he has to prove himself through a buddy-cop action-comedy routine with her scowling older brother (Ice Cube.) Ben is a school security guard who wants to make it as a real cop. Cube plays a true-blue Atlanta cop who takes Ben on a day trip through the city to scare the little man, but they get caught up in a larger (and wholly forgettable) plot.

Kevin Hart seems to be the only thing working here. You feel bad for him, screeching and flailing as hard as he can in order to keep the movie’s pulse up. The rest is weighed down by every buddy-cop cliche in the oldest book of cliches they could find. If the familiarity doesn’t lose you, then you will find action and experience some laughter,

“The Secret Life of Walter Mitty” (PG-13) —  Walter Mitty (Ben Stiller) is a meek guy and prolific daydreamer working in the photo department of a magazine. At work, he’s mocked mercilessly (by Adam Scott) in between longing glances at his crush, Cheryl (Kristen Wiig). Walter gets an abrupt rush of boldness and goes on an adventure to find a lost photo negative, suddenly blurring the lines between real life and his heroic fantasies. However, something’s just not right with the tone of the film. There are scenes that are intentionally confusing, seemingly to say something deep —  but the audience is left behind on whatever journey Stiller is trying to take.

“The Nut Job” (PG) —  Surly the Squirrel (voiced by Will Arnett) plots a heist with some of his animated animal buddies. But they’re not stealing money or valuables, they’re robbing a nut store! Cause he’s a squirrel! Surly is not well liked by his peers in the park —  in fact, he’s been banished by a menacing raccoon with the smoldering tones of Liam Neeson’s voice. It doesn’t have the emotion or visual panache of Pixar, or the visual energy of Dreamworks, but it definitely has gimmicks. Fart jokes and catchy Korean pop tunes try to make up for everything else.