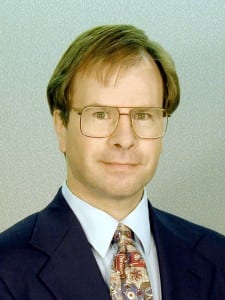 Compared to 2011 and 2012, the Legislature in 2013 was not as reform-minded as it could have been and actually took some steps backward.

By JACK McHUGH
In contrast to the remarkable string of potentially transformational reforms enacted by the previous Legislature in 2011 and 2012, 2013 offered signs of a political class returning to its “business as usual” ways. Some “reversion to the mean” is normal, because major reform tends to come in waves. Plus, many current lawmakers are eager to get the next reform-wave rolling. Still, positive reforms signed into law in 2013 were scarce, so we’ll begin with the bad news:

Obamacare Medicaid Expansion. Maybe its members will amaze us with an awesome 2014, but it’s likely this Legislature will be remembered most for enacting Michigan’s largest welfare state expansion since the 1960s. Perhaps they believed the law’s promise that, “If you like the 90 percent federal Medicaid match-rate starting in 2020, you can keep it.”

Authorities run amok. Across the nation a “shadow government” is growing — local and state “districts,” “zones” and “authorities” with the power to borrow, tax and spend, most of them run by unelected political appointees. Michigan has hundreds of these and new laws expand the scope of at least two types: “Water Resource Improvement Authorities” and “Business Improvement Zones.” Also, a Kent County “Convention Facility Authority” will be allowed to subsidize sports facilities, possibly including a stadium or arena.

Expand Michigan’s “Fannie Mae”: The federal “Fannie Mae” was instrumental in inflating the sub-prime housing bubble whose collapse contributed to the Great Recession. Under a new law, this state’s own backer of housing-related debt, the “Michigan State Housing Development Authority,” is empowered to not just subsidize real estate developers, but also to acquire an ownership interest in them. Pending legislation would also let MSHDA maintain a higher level of debt.

Prison guard double dipping. When government promises pension benefits to employees who retire in their 50s, many do. This leaves some departments short of experienced staffers, which is serious when the shortage is of prison guards. To mitigate the generous retirement age, the Legislature has extended another unsound practice by allowing some of these “retired” guards to “double-dip,” simultaneously getting checks for work and monthly pension checks.

Blue Cross Blue Shield “slush fund.” Blue Cross Blue Shield of Michigan’s role as the state’s “insurer of last resort” for individuals with pre-existing conditions ends under Obamacare. So do the nonprofit insurer’s extensive tax breaks under a new law finalized in 2013. In the course of overhauling the tax and regulatory regimes under which the Blues operate, the legislation turns over $1.56 billion from BCBS to a “Michigan Health Endowment Fund,” with political appointees doling out the money over 18 years for programs that essentially expand the medical welfare state.

The Good:
Indigent defense. Providing competent counsel to indigent individuals charged with criminal offenses is a core function government simply must get right, because the alternative is locking up innocent people just because they can’t afford a good lawyer. A complex new funding and state oversight system promises to avoid such injustices with better, more consistent representation.

Dissolve fiscally failed school districts. Rather than the common practice of rewarding government failures by sending more money, this Legislature wisely dissolved two failed districts (Buena Vista in Saginaw County and Inkster in Wayne County) and assigned their students (and tax revenues) to surrounding districts. (Converting them into charter public schools would have been better.)

Unemployment insurance reform. Most people support unemployment benefits funded by payroll taxes imposed on employers, but avoiding fraud and abuse in the system is an ongoing challenge. This Legislature took it on by passing a complex package of bills that respond to an accumulation of schemes to improperly scam the system.

Rein in DEQ “wetlands” enforcement. A new law reins in regulatory abuse by prohibiting the Department of Environmental Quality from imposing state wetland restrictions more stringent than federal ones, requiring permit denials to document their rationale and authority, and more.

As we said, it wasn’t pretty inside the Lansing beltway last year. Here’s hoping 2014 brings better.

(Jack McHugh is senior legislative analyst at the Mackinac Center for Public Policy, a research and educational institute headquartered in Midland.)