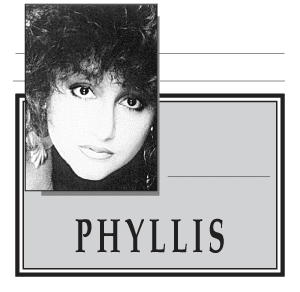 If you live in Michigan long enough, you know even the most stubborn of seasons, eventually, change.   However, no matter where you live, the scores of beautiful works of classic music remain forever and timeless.

While tricky to be sure, the Dearborn Symphony Orchestra and guest flutist David Buck delivered an enchanting spell of classic scores giving rise to the illusion of courting a warm spring evening with musical renderings April 11 at the Ford Community & Performing  Arts Center.  And it was magic as the concert opened with Johann Strauss’ “Die Fledermause Overture.”  Followed by Wolfgang Mozart’s “Concerto in G,” and closed with Johannes Brahms’ “Symphony No. 4.”

Under the masterful wand and charms of Music Director and Conductor Kypros Markou, the delightful program appeared brilliant and in the end, disappeared into the warm darkened sky with a bold and breathless close.

Markou, pulling a bat rather than a white rabbit out of his hat opened with Strauss’ beloved overture delivering a well executed performance of “Die Fledermause”  (“The Bat”).   While known as the King of the Waltz, Strauss also composed operettas.  “The Bat” is considered a classic example of the genre.  The playful overture like reams of colored fabric exploding out of a magician’s closed palm, harmoniously danced the night’s performance into the next musical selection.

The magic of Buck on flute cast a spell of playful articulation and deliberate delivery giving rise to Mozart’s “Concerto on G for the Flute and Orchestra, KV313.”  Buck’s understated demeanor stood forceful, defined, and fully present as he pressed his lips on to the flute.  He spoke in the language of music and used powerful tones of noted expression to deliver both the simple and complex components of this work.

For his last slight-of-hand Markou waved his baton and closed Brahms’ “Symphony No. 4”  Brahms’ four symphonic works reflected the four seasons of his compositional life, the first of which opened with quiet caution.  The second resonated with defined energy and confidence as it moved with mellowed satisfaction into the third.  In this final symphony the Dearborn players in the resonating echoes of Brahms himself, masterfully fused innovation and form into the future.

Hear tomorrow’s rising stars when Youth Artists Solo Competition winners take the stage alongside the Dearborn Symphony May 2. The concert, “Suites for the Sweet,” promises a night filled with sweet suites for all.