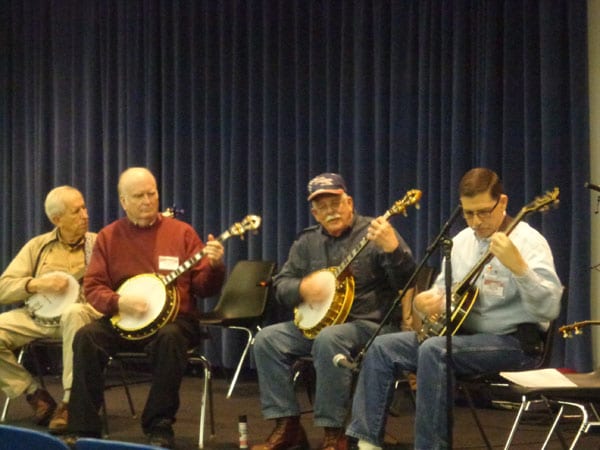 Photo by Bob Oliver
Rain may have moved the venue from the Dearborn Historical Museum’s McFadden Ross house to the Henry Ford Centennial Library, but that didn’t stop Ernie May (right) and members of the Ban-Joes of Michigan, the Windsor Banjo Club and the Flint Banjo Club from performing several bluegrass classics for an audience Friday afternoon. The musicians were in town for the annual North American International Banjo Convention, which was held at the Double Tree Hotel, 5801 Southfield, over the weekend.