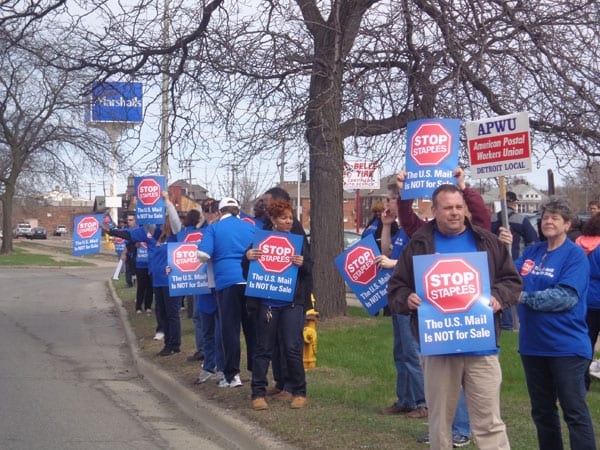 Photo by Bob Oliver
Members of the American Postal Workers Union-Detroit District Area Local, APWU Locals 480 and 481, National Association of Letter Carriers and other local unions protest Thursday in front of Staples, 23131 Michigan Ave. The protest was in response to the U.S. Postal Service announcing that it is planning to expand its pilot program that placed postal counters inside about 80 Staples stores nationwide beginning last fall to include hundreds of locations. The counters are run by Staples employees and not USPS workers