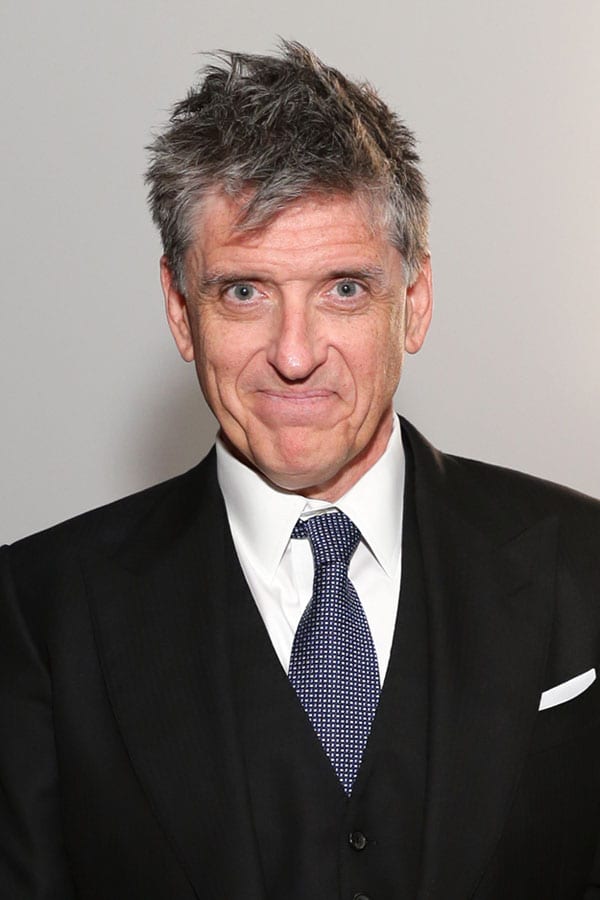 HOLLYWOOD —  Jimmy Fallon took over for Jay Leno, Seth Meyers took over for Fallon, Stephen Colbert is taking over for David Letterman and now Craig Ferguson has announced he’s leaving the “Late, Late Show.” In Ferguson’s last contract, he was given first refusal of Letterman’s job or a hefty six-figure settlement, but when Ferguson announced he’d be hosting and producing the syndicated game show “The Celebrity Name Game,” we knew something was up.

“After 10 years I felt I was done,” Ferguson said. He had told CBS, before he knew Letterman was leaving, that he wanted to go. Ferguson added, “I wanted to move on before the work became a chore.” Another reason for leaving might have been the decline in his show’s ratings since Seth Meyers’ “Late Night” debut.
* * *
Bryan Cranston won three Emmys for Best Actor in “Breaking Bad” (2008-10) and as producer of “Breaking Bad” in 2013. Now he’s received a Best Actor Tony Award nomination for his portrayal of Lyndon Johnson on Broadway for “All The Way,” against “Monk’s” Tony Shalhoub (for “Act One”). “Cagney & Lacey’s” Tyne Daly (for “Mother’s and Sons”) is pitted against “Bonnie and Clyde” Oscar-winner Estelle Parsons (for “The Velocity of Autumn”). Other nods went to “How I Met Your Mother” star Neil Patrick Harris for “Hedwig and the Angry Inch,” and Idina Menzel (who sang “Let It Go” from “Frozen”) for “If/Then.” The Tonys will air June 8 on CBS from Radio City Music Hall.
* * *
J.J. Abrams has cast his new “Star Wars” film. John Boyega, recurring on “24: Live Another Day,” will be a Jedi; Daisy Ridley, who guested on “Mr. Selfridge,” will be the daughter of Han Solo and Princess Leia. Others include Adam Driver, a Darth Vader-ish character, did HBO’s “Girls”; Oscar Isaac, Hans Solo-ish, was in “Inside Llewyn Davies”; plus Andy Serkis of “Lord of the Rings” and “Rise/Dawn of the Planet of the Apes,” and veteran actor Max Von Sydow. You also can expect cameos from Harrison Ford, Carrie Fisher, Mark Hamill, Anthony Daniels, Peter Mayhew and Ken Baker.
* * *
Craig Zadan and Neil Meron will produce their third Oscar show on Feb. 22. They’ve also committed to a live three-hour production of “Grease” for Fox in 2015, as well as their live production of “Peter Pan” for NBC in December and a big-screen production of “Pippin” for the Weinstein Co.

Judge Judy, who has had the No. 1-rated first-run syndicated daytime show for the past three years, is going to primetime. CBS will air a one-hour special May 20, following her from a judge in a New York court to “Judge Judy.” If you don’t watch it, you’ll be in contempt of court!