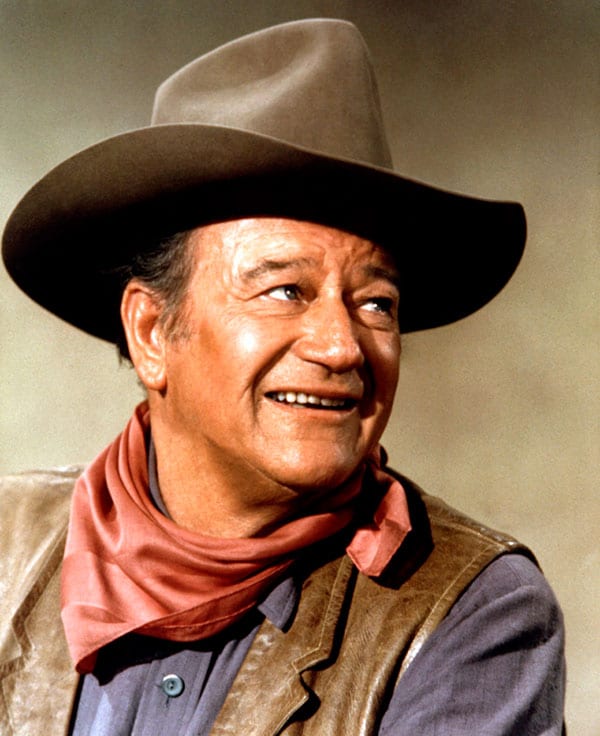 HOLLYWOOD —  John Wayne was born 35 miles southwest of Des Moines, Iowa, on May 26, 1907. He was nominated twice for an Academy Award, in 1949 for “The Sands of Iwo Jima” and in 1969 for “True Grit,” for which he won the Best Actor Oscar. “John Wayne, The Life and Legend,” a new 574-page book by Scott Eyman, takes readers from “The Duke’s” early days, breaking into B-movie Westerns, to his rise as an American icon and living legend.

Wayne became the symbol of Americana. Women loved him, and American males considered his Westerns and war films must-see movies, making him a top box-office draw for more than three decades. Who can forget the “I Love Lucy” episode where Lucy and Ethel steal his footprints from the forecourt of Grauman’s Chinese Theater?

In 1970, when he won the Photoplay magazine award as Most Popular Male star, I had a column in Photoplay and was on the receiving line at a huge gala at The Beverly Hills Hotel. After the official presentations on Johnny Carson’s “Tonight Show,” The Duke came down the line and I introduced him to my publisher and editor. I then asked if I could have a picture taken with him. Big John reached behind me and literally hoisted me up by the collar of my shirt, and then asked, “Have we done this before?” Stunned, I told him, “No, sir!” He turned me toward the camera and said, “Smile!” For that moment in time, I was elevated to 6’4” and was as tall as John Wayne.
* * *
Matthew McConaughey, who’ll next be seen come November in “Interstellar,” with Anne Hathaway, Jessica Chastain, Ellen Burstyn, Michael Caine, John Lithgow, Casey Affleck, William Devane and Matt Damon, has scheduled “Magic Mike XXL” for a July 2015 release.

Leonardo DiCaprio is preparing to produce (and star in?) “Blood on Snow,” and despite claiming he’s going to take a long break, is considering playing Steve Jobs in Oscar-winning director Danny Boyle’s as-yet-untitled film, written by Aaron Sorkin. When the Elephant Crisis Fund raised more than $2 million at a recent Malibu Gala, $1 million of it was donated by DiCaprio.

Tom Hanks has completed filming in Morocco and Germany for his next film, “A Hologram for a King,” with Tom Skerritt.
* * *
“Two and a Half Men’s” upcoming 12th season will be its last. Less fortunate were a slew of recent shows that won’t return next season: “Bad Teacher,” “Believe,” “Betrayal,” “Community,” “The Crazy Ones,” “Crisis,” “Dracula,” “Enlisted,” “Friends With Better Lives,” “Intelligence,” “Mixology,” “The Neighbors,” “Rake,” “Suburgatory” and “Trophy Wife,” among the many. Mosquitoes have a longer life span than some of those shows!