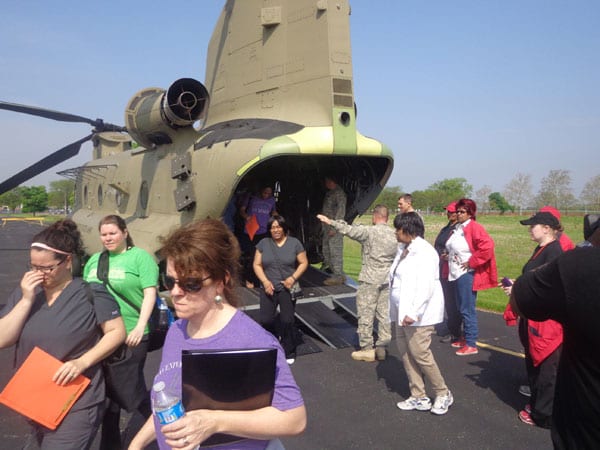 Photo by Bob Oliver
“Victims” hurry to get off a Chinook helicopter under the direction of Michigan National Guard and National Disaster Medical Service personnel during a regional disaster drill held in the parking lot of the Oakwood Wellness Center, 17101 Rotunda Drive, May 21. About 40 nursing students from Davenport University volunteered to be victims in the drill, which allowed local critical care personnel and public safety officials to practice their responses to a major national catastrophic disaster scenario.