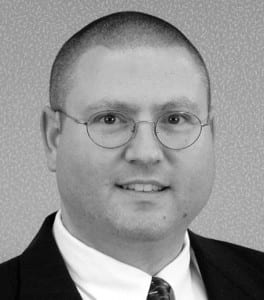 By TED O’NEIL
The United States Supreme Court June 30 freed hundreds of thousands of home-based caregivers from paying compulsory union dues in a 5-4 decision of Harris v. Quinn, a case in which the Mackinac Center Legal Foundation filed a 2012 amicus brief requesting that the Supreme Court hear the case and one in December 2013 asking that a lower court ruling in the matter be overturned.

“These schemes are similar to what we went through in Michigan with the (Service Employees International Union’s) stealth unionization of caregivers and the ensuing dues skim,” said Patrick J. Wright, vice president for legal affairs at the Mackinac Center for Public Policy. “As we’ve contended all along, you can’t force a person into a public-sector union simply because a portion of their income is derived from public dollars.”

In its majority opinion, the Court held: “This case presents the question whether the First Amendment permits a State to compel personal care providers to subsidize speech on matters of public concern by a union that they do not wish to join or support. We hold that it does not, and we therefor reverse the judgment of the Court of Appeals.”

Harris v. Quinn was filed by the National Right to Work Legal Defense Foundation on behalf of several thousand home-based caregivers in Illinois who were forced into a public union because a portion of their income was derived from public dollars. The decision also applies to similar schemes in California, Oregon, Washington, Massachusetts, Missouri, Connecticut, Vermont and Maryland.

“Congratulations to our colleagues at National Right to Work,” Wright said. “Their work has undone some very bad public policy in numerous states.”

“As we’ve said all along, if home-based caregivers can be unionized simply because they derive a portion of their income from state subsidies, where would it end?” Wright said. “Could doctors be unionized because some of their patients receive Medicaid or Medicare? Could grocers be unionized if some customers use food stamps? The Supreme Court itself has now said no.”

Home-based caregivers in Michigan saw the SEIU skim more than $34 million in “dues” from Medicaid checks meant to help our most vulnerable residents until the scheme came to an end last March. The SEIU tried to enshrine its scheme in the Michigan Constitution through Proposal 4 in the 2012 general election, which voters defeated by 12 percentage points. The SEIU was later fined $199,000 — the second largest campaign finance violation fine in state history — for concealing its role in bankrolling Prop 4.

“It’s very telling that SEIU Healthcare Michigan’s membership dropped by 80 percent when the forced unionization ended,” Wright said. “When those people were free to join of their own accord, they chose not to.”

The stealth unionization, however, was not limited to just caregivers, most of whom are family members caring for loved ones.

“We saw the genesis of this forced unionization ploy in Michigan with home-based day care providers,” Wright added. “That ruse, which involved cooperation from the Granholm administration, forced about 40,000 day care providers into a union and jointly netted AFSCME and the UAW about $6 million.”

That scheme ended in March 2011 when Gov. Rick Snyder issued an executive order that ended the illegal dues from being taken out of subsidy checks day care providers received on behalf of low-income parents.

(Ted O’Neil is Media Relations manager for the Mackinac Center for Public Policy, a a research and educational institute based in Midland.)