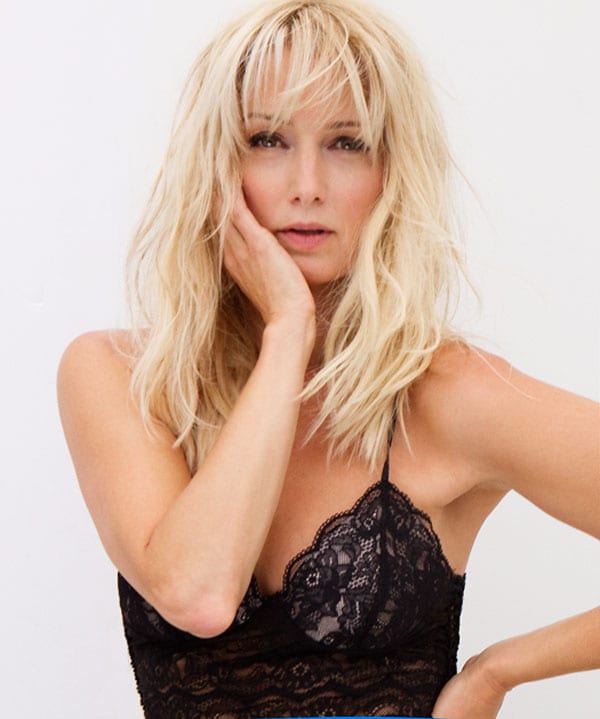 Q: The last time I saw the gorgeous and talented Katherine LaNasa was in the NBC nighttime drama “Deception.” I just loved her character of Adriana. Can you tell me when/where I can see her again? —  Jennifer G., via email

A: The lovely lady LaNasa currently is co-starring in the new USA drama “Satisfaction,” which also stars Matt Passmore and Stephanie Szostak, and airs Thursdays at 10/9c. Katherine plays Adriana, the hard-edged, high-end madam who lures unhappy husband and father Neil Truman (Matt Passmore) into becoming one of her male escorts. While some had their doubts as to her taking on this role, she knew it was one she could hone and make her own.

She recently told me: “It was definitely really outside the box, so I liked that about it. I knew how the part read, but I had this feeling that I could really do something different with it. It’s always nice when you take it in a different direction, and they say, ’Yes!’ When (writer/executive producer) Sean (Jablonski) saw my take, he told me he just knew that I was the person.

”The same thing happened with Sophia (Bowers, “Deception”). It’s fun in these serial soaps to have a character like Adriana or Sophia, but I think that the writers want there to be something not pushy about them. I seem to be able to manipulate most of these characters in that way. I always feel like I take a nod from the Barbara Stanwycks of the world. I felt like those ladies really knew how to do it. They were complicated, strong and dark characters in the forefront, and it was a lot of fun. I’ve been lucky to get to play those types of characters in these past few series.“
* * *
Q: Can you tell me what Naomi Watts has coming up? She is always such a joy to watch. —  Nathan H., Fresno, Calif.

A: The versatile and award-winning actress recently started work in a prominent role in ”Insurgent“ and ”Allegiant,“ movies two and three of the ”Divergent“ trilogy. Naomi plays Evelyn, mother of Four and leader of an insurgent rebel group, the Factionless. She’ll also give viewers more of a glimpse into the background of her son, Four (played by Theo James), the restrained and self-contained Dauntless leader. Shooting began this summer in Atlanta, and is scheduled for a March 20, 2015 premiere date.
* * *
Q: Is ”Boardwalk Empire“ returning for another season? —  Gord, Mission, British Columbia

A: The Emmy Award-winning HBO drama will return for its fifth and final season on Sept. 7. This eight-episode season takes place during the depths of the Depression in 1931, wherein Enoch ”Nucky“ Thompson (played by Steve Buscemi) recalls his Atlantic City roots and plots a post-Prohibition future. Says series creator Terence Winter: ”We look forward to bringing it to a powerful and exciting conclusion.“