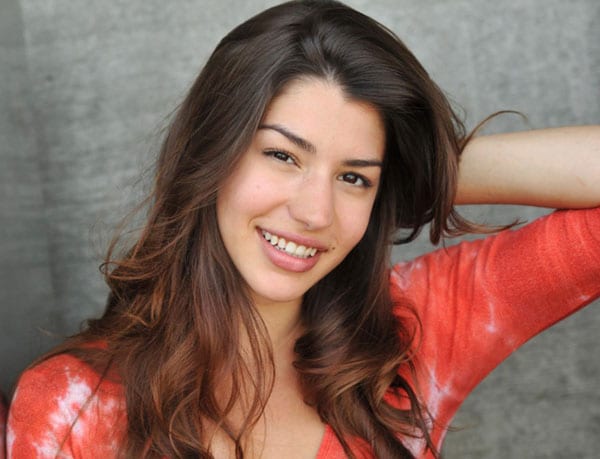 Q: Can you tell me about the actress who plays Lucia on “Graceland”? She looks familiar to me. What else has she been on? —  Patrick J., via email

A: Jamie Gray Hyder is perhaps best known for playing Danielle, a werewolf in Alcide’s pack, last season on “True Blood.” After her “TB” stint ended, she went on to co-star on “Graceland” as Lucia Solano, who is just trying to live life on the straight and narrow —  unlike her brother, Carlito, and the rest of her family. I spoke with Jamie recently about her new role, as well as what we can expect as “Graceland” wraps up its second season on the USA network.

“Lucia wants to get a real job and be independent and prosperous, in a legal way. She wants to be able to live a normal life and have normal relationships. She doesn’t get to have friends or lovers, because those relationships are constantly ruined by the antics of her brother and the rest of her family. She’s just striving for normalcy and is constantly being dragged through the mud.”

She did give me a little tease as to what to expect in the finale: “It’s a two-part finale, and it’s definitely designed to leave everyone wanting more. I just got done shooting it, and it’s all very fresh in my mind. I’ll tell you this, when I read the finale, I was shocked.”
* * *
Q: Is it true that there is going to be another “Terminator” movie? —  Kalli R., Modesto, Calif.

A: Arnold Schwarzenegger will be back on July 1, 2015 as the aforementioned Terminator in “Terminator: Genisys.” The fifth installment of the futuristic action series also stars Emilia Clarke (Daenerys Targaryen of “Game of Thrones”) as Sarah Connor, Jason Clarke (no relation to Emilia) as John Connor, and Jai Courtney (Eric in the “Divergent” trilogy) as Kyle Reese. I am curious as to the timeline of this film, because Emilia and Jai are in their 20s, and Jason, who plays their son, John, is in his 40s. So, I’ll guess that some crisscrossing time-travel component definitely will play a part in this movie (as in all the “Terminator” films).
* * *
Q: What has Adrien Brody been doing lately? —  Gina T., via email

A: Next up for Adrien is starring as the great magician-showman Henry Houdini in “Houdini,” the History Channel original miniseries, which airs Sept. 1 and 2 at 9 p.m. ET/PT. The miniseries follows the epic tales of Harry Houdini as he emerges as America’s first bona-fide world-renowned superstar. “Houdini” delves deep behind the curtain into his life through his stunts, visions and mastery of illusion.
* * *
Q: Will my favorite summer series, “Suits,” be back for another season? —  Fallon F., via email

A: USA’s hit legal dramedy, which had its midseason finale Aug. 20, has indeed been renewed for a 16-episode fifth season. Also, look for the second half of season four in spring 2015.