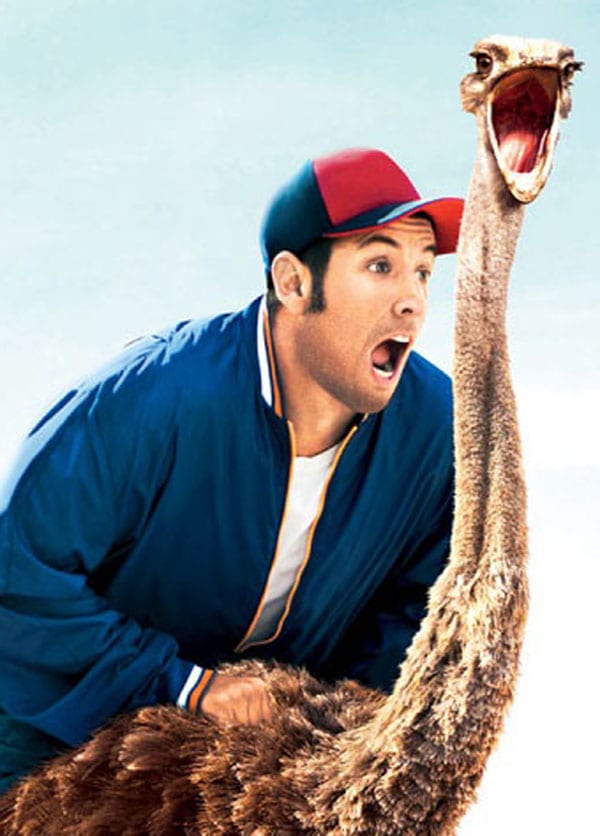 DOG OF THE WEEK
“Blended” (PG-13) —  Adam Sandler and Drew Barrymore play single parents who can’t stand each other after going on a disastrous blind date. By sheer coincidence, Sandler takes his three daughters to the same resort in South Africa as Barrymore and her two sons. Then it’s a safari through dense patches of Sandler-humor and sappy bogs of Sandler-schmultz.

There are some moments of dry humor, or genuine wit —  but each time it’s a surprise in the regular routine of poop jokes, bouncing bodies and make-fun-of-the-weirdo gags. There’s also the backdrop of troublesome African stereotypes. If you want an easy night of lowbrow laughs with the family, look elsewhere. “Blended” might give you the boring and uncomfortable evening you were trying to avoid.

PICKS OF THE WEEK
“The Normal Heart” (R) —  Mark Ruffalo stars as a Ned Weeks, an activist fighting in the early days of the HIV/AIDS crisis. Set in the early 1980s, Ned sees friends slowly die as the disease spreads through New York’s gay community. There isn’t any medical treatment available at this point, and it’s not really a priority. Weeks is a passionate and controversial activist, unwilling or unable to tone down.

This HBO made-for-TV feature is based on the 1985 play of the same name. The play was an outcry for support, and delivered a demand that people remember what happened and how a killer disease was ignored because it was prevalent among gays. That energy is still present, but anger is only a fraction of the emotional weight in the movie adaptation.

“Trust Me” (R) —  Howard (Clark Gregg, from TV’s “Agents of S.H.I.E.L.D.” and the Iron Man movies) is a Hollywood talent agent for child stars. He’s trying to make it to the top, despite a run of bad luck and fierce competition from his slimy rival (Sam Rockwell). Howard gets one more shot when he finds Lydia (Saxon Sharbino), a strident 13-year-old actress who could star in the next big teen blockbuster. Gregg —  also the film’s writer and director —  plays a charming underdog, making this dramedy worth checking out.

“The Double” (R) —  In a dimly lit office built like a bunker, Simon (Jesse Eisenberg) works away his little life as one of the people who goes mostly unnoticed. Then a guy named James (also Eisenberg) comes into the office, and he fits right in. Simon and James look exactly alike, except Simon is nervous and quiet, where James is cocky and impulsive. James is so much better at life that he starts to move in on Simon’s life, talking to his crush (Mia Wasikowska) and winning all the praise at work. This movie is just off-putting enough to have fun with social anxiety.