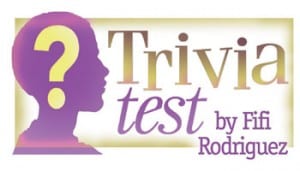 1. GAMES: How many squares are on a chess board?

2. GENERAL KNOWLEDGE: What is the common name for sodium bicarbonate?

3. MEDICAL: What does the acronym stand for in the term “CAT scan”?

4. MUSIC: What nationality was Chopin?

5. GEOGRAPHY: The Dolomites mountain chain is located in what country?

6. HISTORY: Which U.S. state was the last to secede in the Civil War and the first to be readmitted to the union?

7. PHOBIAS: What fear is represented by the condition called astrophobia?

8. LANGUAGE: What are “bangers” in British slang?

9. ANIMAL KINGDOM: What is a group of rhinoceroses called?

10. TELEVISION: What were the names of the two main characters in the “Gilmore Girls”?