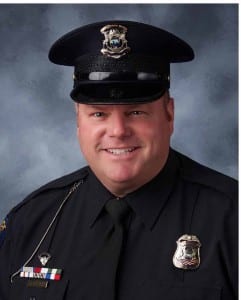 WYANDOTTE – Police officer Brian Zalewski recently was promoted to second in command at the Police Department.

Zalewski was born in Wyandotte and holds an associate’s degree in Criminal Justice. He has more than 24 years working for the department.

“In my opinion he will do an excellent job as second in command of the Police Department,” Grant said.

Under Grant’s direction, Zalewski will be responsible for a multitude of duties, including being in charge in Grant’s absence as well as retaining some regular patrol work and duties authorized by Grant.

In addition, the inspector directly supervises other supervisors and other key line and staff personnel. Upon authorization and in the absence of the police chief, the inspector exercises direction and control over all members of the department.