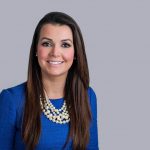 Current Judge William Hultgren is age-limited and will retire at the end of the year, leaving the position up for the attorneys.

Hunt was raised in Dearborn where he attended Henry Ford College and the University of Michigan-Dearborn. He then earned his law degree from Wayne State University and also served in the United States Marine Corps.

As an attorney for 31 years Hunt has handled over 10,000 cases, the most in Dearborn court history.

The biggest issues he sees is preventing repeat offenses, focusing on intervention and providing life tools to prevent people returning to court for more serious crimes.

“I’m proud to be the only candidate endorsed by the Police Officers Association of Dearborn and I think there is a partnership role that can be created between the police and court to reach out to our schools and offer mentoring for our young people,” he said. “The court should serve all of Dearborn’s residents equally.”

Hunt believes he deserves the vote of Dearborn residents because he is the most qualified, experienced and endorsed candidate.

“I am supported by over 30 local judges, our local police, and many community leaders,” he said. “Finally, I’ve run a respectful campaign. During this campaign, I’ve worked hard every day to give you a reason to vote for me, not against anyone else.”

Dabaja attended Dearborn Public Schools and graduated from UM-D before she completed law school at University of Detroit Mercy.

She serves as Dearborn City Council president and has legal experience in civl, criminal, family, real property, litigation and meditation cases as an attorney.

Dabaja listed ensuring the justice system works for everyone, not just the well-connected, ensuring impartiality and transparency in the courtroom as the areas to address.

“My role as council president and as mediator has provided me with the skill set and the independence to implement this,” she said. “I’ve proven my ability to maintain an unbiased approach, doing what’s right and just. I remain steady, fair, honest, and my record reflects a model of consistency.

“I would balance the formal nature of the court with ensuring those before me do not feel uncared for or disregarded. I will instill confidence and competence in the judicial system.”

She says the quality and diversity of her legal and public service career makes her the clear choice for Dearborn judge come November.

“I have devoted my entire legal career to protecting Dearborn families and seniors,” Dabaja said. “There has only been one woman to serve in our court. As a mother, attorney, civic volunteer and public servant, I’ll bring a fresh perspective to our court.”