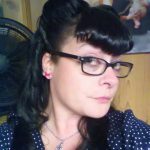 LINCOLN PARK — Police are investigating the death of a 40-year-old resident killed about 6:30 p.m. Nov. 15 while crossing Southfield Road near Washington.

Kyla M. Sullivan was struck by a 37-year-old Wyandotte woman driving a Ford Edge. Police said the driver stopped and is cooperating with them in their investigation.

Police are not releasing the names of the driver. She has not been charged.

Witnesses said paramedics tried to resuscitate the woman for about 20 minutes.

Sullivan’s friends were quick to respond to the news.

“Rip Kyla M Sullivan, you were such an amazing person so happy full of joy,” wrote Eden Marie Belanger on Sullivan’s Facebook page. “My daughter loved you (the) first day she met you, you will be missed dearly.”

“Another angel take too soon. You were such a good person always trying to help someone,” wrote Audrey Brewer on Sullivan’s page. “I will miss you my dear friend, rest in heaven.”

Authorities said alcohol was not a factor in the incident. This is the sixth fatal crash since June.