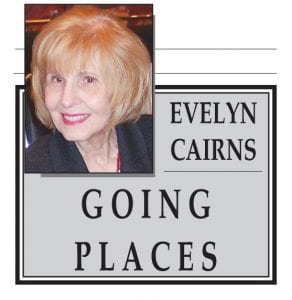 The Lincoln Park Farmers Market is offering an opportunity to create a Valentine’s Day gift for someone special while supporting the market at a fundraiser at 7 p.m. Feb. 1 at the Lush Brush painting studio, 3406 Fort St., Lincoln Park.

Professional artists at the studio will instruct participants in reproducing a painting of a pink Gerbera Daisy on canvas. Proceeds are earmarked for the 2017 Lincoln Park Farmers Market, which will open in May and continue through October.

Tickets, $40, include painting instructions and supplies, small bites, wine and raffles. Sixty seats will be available at the studio, but participants must be at least 18 years old.

Leslie Lynch-Wilson, president of Friends of the Lincoln Park Farmers Market, said artistic skills are not required for participation. Tickets must be purchased in advance by calling 313-427-0443.

Reservations are being accepted for a “Valentines Legends Live” show and dinner party Feb. 11 at the Bentley Banquet Center, 646 Biddle in Wyandotte.

The show will be a tribute to the Jersey Boys, Whitney Houston, Dean Martin and Michael Buble. Tickets, $60, include dinner, the show, beer and wine.

The Downriver Youth Performing Arts Club is accepting pre-registrations for auditions for younger members of the organization to be held at noon Feb. 25 and 5:30 to 8 p.m. Feb. 26 at the Trenton Village Theatre, 2447 W. Jefferson.

The tryouts will be for two children’s plays, “Journey of the Noble Gnarble” and “The Grunch,” a new musical.

Those who audition could be chosen for one or both plays, producer Karen Rutkowski said. It is necessary for prospective cast members to attend only one of the auditions, she said, adding that prior experience is not required.

Teen-age members of DYPAC will assist as choreographers, assistant directors and assistant vocal directors. Mary Zeleski is the director.

An opening reception for an exhibit titled “Interpretations II: Growing Old on the Streets” is planned by the Downriver Council for the Arts for 6 p.m. Jan. 27 at the James R. DeSana Center for Arts & Culture, 81 Chestnut St., Wyandotte.

The display represents a collaboration of 19 Detroit-area artists working in various styles and media creating works in painting, drawing, performance, multi-media and sculpture.

A series of photographs by Tim Tonachella, formerly of Detroit, was the inspiration for the exhibit, which will close on Feb. 10. Tonachella’s original photographs also will be on display.

Donations of mittens and gloves to Mittens for Detroit Inc. will be accepted at the reception for distribution to needy children and adults in Detroit and other cities.

Red Wings broadcaster Ken Daniels will be the master of ceremonies. The event will honor late Rotarian Bob Cole, who originated the dinners 29 years ago.