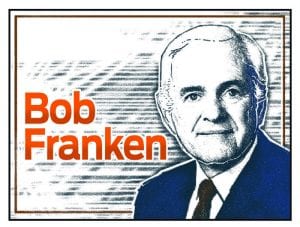 It’s early in his presidency, but already Donald Trump has faced one controversy after another. None has been more perilous to him than the accusation that he was elected in large part due to the interference on his behalf by his comrade Vladimir Putin and Putin’s agents of the Russian government.

That one just won’t go away. When the blustering, battering and bullying don’t work and the media reports threaten to consume his administration in dangerous scandal, POTUS leaves his Plan B and falls back onto Plan T. “T,” of course, stands for “Twitter,” and Donny can always be counted on to put out some tweets late at night that are so outrageous, they can only be designed as a distraction from another damaging crisis.

This is after a week that ended with still further destructive disclosures that his functionaries had seemingly inappropriate confidential contacts with Russian operatives, both during the campaign and during the transition, before he and his troopers rolled into the White House to begin their reign of errors.

The latest ruinous crisis involved conversations with the Russians conducted by Jeff Sessions — discussions Sessions had denied under oath. It was the talk of the town until TOTUS swung into action. “TOTUS,” of course, stands for “Tweeter of the United States.” This time TOTUS — who was weekending in his Palm Beach, Florida, fortress — was up very late, flinging whatever he flings late at night, at his predecessor, Barack Obama. The charge was that Obama, while still president, had Trump Tower phones wiretapped: “How low has President Obama gone to tap my phones during the very sacred election process. This is Nixon/Watergate. Bad (or sick) guy!”

That may seem far-fetched, but it did conform to the usual modus operandi. It was another increasingly transparent way to change the subject, particularly when he doubled down by demanding a meaningless congressional investigation. It’s beginning to leave a widespread impression that these are nothing more than pathetic desperation moves, particularly when he offers no evidence to back them up, other than reports and discussion on Fox News and Super Fox News (Breitbart).

Still, Obama representatives felt it was necessary to deny the charge as “simply false,” which they did, so we had a weekend story. But the problem for Donald Trump is that he has done this so many times already, many of us figured out that this is merely a smokescreen.

We in the media have learned to multitask; we can juggle more than one story at a time. That’s a change from the days when we could overreport only one controversy at a time. So the Russian story is not going away no matter what bombastic bombs blast; its potential to do serious harm to the Trump presidency is not being tamped down, by any means. Of all the bitter controversies that have already fouled the diapers, this one may be the messiest — if it can be shown that there was collusion with an adversary’s government.

All the Trump Twitter tantrums won’t change that. They won’t work. Loosely quoting the “The Music Man,” those words start with a “T.” And so does “Trouble,” jeopardy for this presidency.