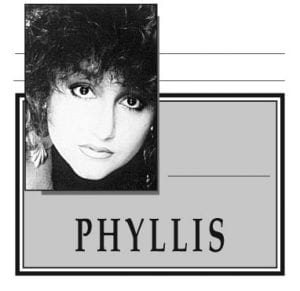 “Life doesn’t give us purpose. We give life purpose.”
— The Flash

The Dearborn Symphony and local artists teamed up under the animated baton of pianist and Pops Director Rich Ridenour April 7 at the Ford Community & Performing Arts Center.

The dynamic trio: the Dearborn Symphony together with artists Sunshine Durant and Brian Gagnon swung into action as the “Cartoons & Comics in Concert!” claimed victory.

Musicians and artists came to the ready. As tuning aligned the players in a promise of harmony, empty canvases and painting materials on both sides of the stage gave rise to the same kind of synchronized assurance.

From first note to paint stoke as the concert opened, artists and musicians went to work. Acoustical as well as visual senses delighted in the performance. By the end of the concert, the artistry unfolded powerful and whimsical portraits of comic favorites, while the symphony delivered masterful and playful variations of the beloved cartoon and comic themes.

The super performance opened with an exciting rendition of “Barber of Seville Overture” (from “Rabbit of Seville”) by Gioachino Rossini, followed by “Linus and Lucy” (Peanuts) by Vince Guaraldi/arr. Ridenour. The bass section, led by Andrew Monefeldt, were great playing jazz bass — very idiomatic.

You could almost hear Robin say “Holy Music Man!” as the Batman original theme by Neal Hefti/arr. Bob Cerulli followed in a blaze of nostalgic and dynamic fury.

Concertmaster Dan Winnick was very open to playing solos and on electric violin in “Batman Dark Night” Risesans Zimmer/arr. Ralph Ford as well as “Linus and Lucy.” It showed his versatility..

“Rhapsody” (from “Rhapsody Rabbit”) by Franz Schlitz and the “Avengers” by Alan Silvestri/arr. Ford were both rich with heroic symphonic master.

The first half of the evening’s performance closed as principal horn Maxwell Stein did a fine job leading the horn section through many works but most notable creating eight horns out of four in “Ride of the Valkyries” (from “What’s Opera, Doc?”) by Richard Wagner.

The performance came to a villain-beating close with “Spider-man” by Danny Elfman, “Supergirl” by Jerry Goldsmith and “Superman” by John Williams.

In the end, the symphony rang out with winning scores and beautiful comic renderings that told the story of a super night of entertainment.

The Dearborn Symphony continues its 55th season May 5 with its closing concert, “A River Runs Thru It!” The concert will highlight the music of Smetana, Walters (“Detroit through the River of Time” with children’s choir), Brahms and Suppe.

Tickets prices range from $15 to $35 and can be purchased in advance or at the door. For tickets or more information call 313-565-2424 or go to dearbornsymphony.org.