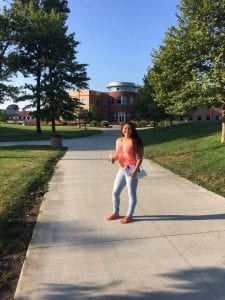 MELVINDALE — Marissa Escareno, 16, has been missing for almost two months, and her family said they have no idea where she is.

Escareno’s aunt, Julia Delagarza, said she is worried about her niece being lured into gangs or human trafficking, since she girl ran away March 4.

Delagarza said via Facebook, that her niece was enjoying herself in school and was looking forward to a summer job.

“We know it won’t be the same, but we still want her to come home so we can work together to make things right,” Delagarza said. “Miss, we miss you so much. Waiting on your call. If not me, call papi or grandma.”

Police determined she is a runaway and not in any danger. After the family filed a missing person’s report March 5, police investigated. Police Lt. Michael Welch said they confirmed with friends that Escareno ran away.

According to police, Escareno was caught sneaking out of the house on March 3, and argument occurred with her parents, and she snuck back out the morning of March 4.

Authorities encourage anyone with information about the minor to call police at 313-429-1070.

Delagarza asks anyone with information to call the Melvindale Police Department at 313-429-1070, or contact the family if they know them.