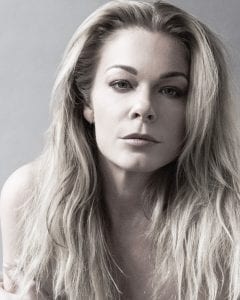 Rimes, an internationally acclaimed singer, first hit the national stage at age 14 by winning “Best New Artist,” making her the youngest recipient of a Grammy Award.

She has gone on to earn another Grammy, 12 Billboard Music Awards, two World Music Awards, three Academy of Country Music Awards, one Country Music Association Award and one Dove Award.
Her song, “How Do I Live,” ranks No. 4 on Billboard’s “Greatest of All Time: Hot 100 Songs” and holds the record for being the second longest charting song ever on the Billboard Hot 100 chart.
Fifteen of Rimes’ multi-genre singles became top 10 hits, including “Can’t Fight the Moonlight,” which climbed to No. 1 in 11 countries.

Other well-known songs include “Something’s Gotta Give,” “Nothin’ Better to Do,” “Til We Ain’t Strangers Anymore,” “What I Cannot Change” and “Blue.”

Tickets, ranging in price from $45 to $75, are available at the Michael A. Guido Theater Box Office — open from 11 a.m. to 7 p.m. Tuesday through Saturday — and at www.dearborntheater.com.