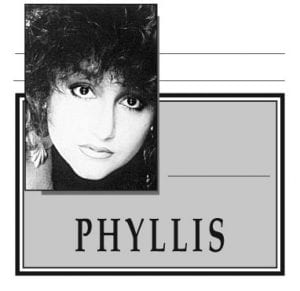 The Dearborn Symphony, led by new Music Director and Conductor Steven Jarvi, opened the season with a promise of an exciting new beginning.

Jarvi, selected after a yearlong search brings, his own unique flair to the Dearborn music scene. Exceptionally playful and masterful, Jarvi was a breath of fresh air.

The night’s musical selections were Jarvi’s favorites, a kind of musical introduction into the harmonious headspace of Dearborn’s new maestro. From playful dances to deliberate crescendos, the young baton wielder was a delightful and energetic surprise.

“My vision for the orchestra includes making orchestral music more accessible and even have some fun along the way,” Jarvi said. “We are professional entertainers who are passionate about music and we want the audience to feel that whether the music is serious or light hearted.”

“This is the kind of entertainment that our audience has requested,” Dearborn Symphony President Sandy Butler said. “We are trying to stay in tune with our fan base and build from there. We are committed to being part of Dearborn’s vibrant music scene.”

As promised, the season opened with a powerful rendition of Francis Scott Key’s “Star Spangled Banner.” The performance, continued with a sampling of Jarvi picks that ranged from classical to more contemporary, the program continued with Hector Berlioz’s “Roman Carnival Overture,” followed by Peter Boyer’s “New Beginnings,” then Johannes Brahms’ “Hungarian Dances 5 & 6,” and finally George Bizet’s “Farandole from L’Arle’sienne Suite No. 2” closed the first half of the show.

“All of us, as musicians, could feel the energy from the audience, and thrill inspired us,” first violin Kathy Zuchniewicz said.

“I was proud of the orchestra to the on such a challenging variety of works, “ Jarvi said. ”The orchestra was responsive and I thought we got to know each other pretty fast this week. There was great energy coming from the orchestra and I was particularly proud of how well they approached Peter Boyer’s “New Beginnings,” a rhythmically and technically challenging work none of them had ever seen or heard before this week. I was delighted that this piece was so well received by audience and orchestra member alike.”

“The audience responded as we had hoped, buoyant and energetic,” Jarvi said. “I was very pleased and look forward to forging a relationship with musicians as well as the community.”

Mark your calendar for Nov. 22 as guest baritone Jonathan Lasch and music from “American Masters” take the stage. Featured music from great American composers like Bernstein, Walker, Copland, and Gershwin promise a night of made in U.S.A. entertainment. Ticket prices range from $15 to $35.