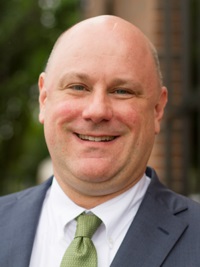 By DAVID GUENTHNER
A new year often promises change beyond the number you scribble on the date line of your checks. It can mean new opportunities, new priorities and new goals.

The only bill the Legislature truly must pass is a state budget. The 2019 budget process was marred by deep differences in preferred spending levels and priorities. Gov. Gretchen Whitmer dug in on a 45-cent gas tax increase — mostly to pay for lots of road repairs but also to free up revenue for other programs. Legislative Republicans, however, insisted on a more modest increase in road spending via savings elsewhere in state government.

Ultimately, neither side got what it wanted. And it took the sides almost three months into the fiscal year to partially clean up the damage that dispute did to the rest of the budget.

The parties will soon start deliberations on a new state budget for 2020-21. The hope is that this time will be more amicable and constructive — and that they can find agreement on a plan that will continue Michigan’s recent progress on fixing the roads.

One of the biggest fiscal challenges facing state governments — not just Michigan’s — is Medicaid, and the Obamacare Medicaid expansion (i.e., Healthy Michigan) is becoming a problem for the state budget. Not only are health care costs rising at a higher rate than state revenues or personal incomes, but the number of people enrolled in this program is far greater than was originally forecast.

The Michigan Legislature added two special provisions to Healthy Michigan in an effort to mitigate the spending spiral that has plagued so many other states. One that took effect on Jan. 1 requires most able-bodied, childless adults to participate in 80 hours of work-related activities per month. The other, expected to kick in later this year, is a trigger that automatically ends the program when its costs exceed its savings. The governor and legislative Democrats are pressing to strip both provisions from state law.

One issue where it is safe to assume the parties will be able to work together is criminal justice reform. Last year saw Michigan end its default practice of prosecuting and punishing 17-year-olds through the adult criminal justice system. It also made major progress toward ending civil asset forfeiture (AKA government stealing your stuff).

The big criminal justice initiatives early this year will be on adopting the recommendations of the Governor’s Task Force on Jails and Pre-Trial Incarceration, and allowing more Michiganders to have old criminal convictions set aside. There will be continued debate over limiting the ability of state licensing agencies to consider criminal history that is irrelevant to a job’s requirements, and a new effort to prune the overgrowth of criminal laws — especially administrative crimes.

With the majority control of the Michigan House at stake this November, there will be a relatively small window to get these issues resolved. Once the state budget has been sent to the governor — by July 1, thanks to a new law enacted after last year’s budget mess — legislators’ attentions will turn toward the election campaign. The question is whether the partisan fight will be staved off until the summer or whether it inhibits the Legislature’s ability to get things done before then.

(David Guenthner is senior strategist for state affairs at the Mackinac Center for Public Policy, a nonpartisan research and educational institute based in Midland dedicated to improving the quality of life for all Michigan citizens by promoting sound solutions to state and local policy questions.)