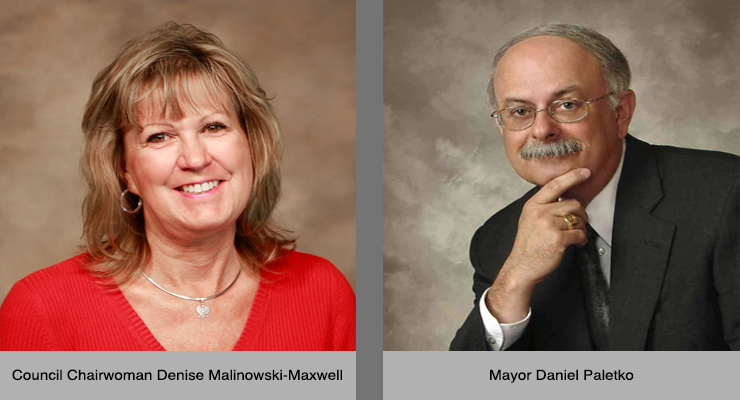 HEIGHTS — Three city council members called upon Mayor Daniel Paletko to resign following a comment he made toward a resident at a recent council meeting.

“Council condemns the mayor’s actions in the strongest possible terms,” the release said. “There is no place in public discourse for thuggery. The mayor should not be bullying the people he is charged with representing. Perhaps most concerning is that the mayor threatened Mr. Abdel-hak in the presence of council, residents attending the meeting and on camera for all to see. One shudders to think what he does behind closed doors. For the above reasons, Mayor Paletko is no longer fit to be mayor. Therefore, we call upon him to resign at once.”

Paletko said he didn’t threaten anybody and that he would not resign. He also said the council members should speak to Abdel-hak and ask him what was meant by his comment.

“We had a conversation after the meeting and he (Abdel-hak) understood what I said,” Paletko said. “It was witnessed by six people there.”

During the meeting, Abdel-hak approached the podium to speak about appointments made to the Board of Review and Planning Commission announced earlier in the meeting.

Abdel-hak said he wanted to share an incident that happened a few years ago after he resigned from serving on the Zoning Board of Appeals and as chairman of the Housing Commission.

“Three years later the chairman of the board called me at my store and he asked me if I was coming to the meeting that night and I said, ‘For what?’ and he said, ‘Aren’t you still our secretary?’ — three years later,” he said. “People who should be on commissions they should really be people who have no interest in the city, but the city and its residents, not the ones who are real estate agents who are put on commissions where they can change the assessment of property they sold or their office sold or some relative sold or bought. Also, people who are not in construction and they are on planning commission, they want something for whoever they want to change the planning for it.

“I don’t want to see people who contributed $1,000 to the mayor’s financial campaign or $500 — I have their names. I have their names and those are the ones you’re appointing and I ask the council to look at them.”

In response Paletko said, “I haven’t had a fundraiser in three years. A cheap shot, always cheap shots from you. Always.”

When Abdel-hak walked away from the podium, Palekto is heard saying “you need to take care of your kids” as the meeting continued. Abdel-hak said he did not hear the mayor’s comment but others in attendance and the council did.

“I do consider it a threat to me and my family,” Abdel-hak said after the meeting, after he was told what was said. “Why bring residents’ kids into it? What does it have to do with what I said during the meeting? I don’t know what the mayor means with his comment about my children.”

Abdel-hak added that the mayor was standing in the lobby with the appointments when Paletko mumbled the words again but not directly at him.

“I admit I cussed him out and said something I shouldn’t have, but I was upset by his comment,” Abdel-hak said.

The press release issued read, “Each time the mayor was elected and re-elected, he took an oath to uphold the Constitution. He violated that oath when he interfered with Mr. Abdel-hak’s First Amendment right to express himself on a matter of great public importance. He also showed himself to be lacking in fundamental human decency.”

Malinowski-Maxwell said the residents of Dearborn Heights deserve better treatment as they are the ones who put the mayor in office and that Paletko should treat them with the respect they deserve.

“It absolutely was a threat and is a pattern the mayor seems to show anytime a resident says something he doesn’t want to hear, he lashes out,” she said. “If you watch previous council meetings, it can be seen that the mayor has bursts of outrage and tries to intimidate people to not say what they are saying.”

She also said she was shocked by Paletko’s actions.

“The mayor trying to prevent a resident from speaking is wrong, and bullying them is also wrong. That’s not the way you treat residents.”

Both agenda items for the mayor’s recommended appointments passed unanimously, although Hicks-Clayton was absent.

Muscat and Councilman Tom Wencel questioned why most of the Paletko’s appointments were either mainly residents from the north end or why terms of residents on boards from the south end aren’t renewed.

“How many people from our boards do we have from the south end?” Muscat asked. “It just seems like everybody is on the north end. We have to start looking beyond Cherry Hill here, not that I have anything against this person but it would be nice if we had some people representing the south end on these boards.”

Paletko responded by saying, “I don’t disagree and I’m always looking for names.”

To watch the council meetings go to the city’s YouTube page, City of Dearborn Heights.