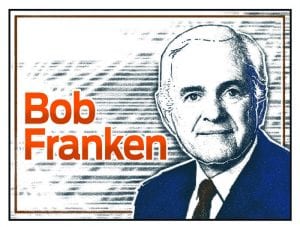 Let’s discuss the fantasy that so many desperate Democrats are having. In their minds, they’re asking, “Is it too late for Adam Schiff to run for president?” Actually, since his dynamite performance as lead House of Representatives counsel advocating in the Senate for the conviction of Donald Trump and his extrication from the White House, it’s not really a secret dream for some in the party who are wholly unimpressed with their mix of wannabes.

Schiff has been rattling around the Capitol as a member of the House of Representatives since 2001, so he had his D.C. creds long before he emerged for his star turn as chairman of the House Intelligence Committee and his boffo role in the impeachment melodrama. If you wonder about all the showbiz terms, they are appropriate since his district includes Hollywood.

Here in “Hollywood East,” Schiff has been Speaker Nancy Pelosi’s best supporting actor and now is her leading man, as together they torture Donald Trump with their death of a thousand cuts. Except that so far, Trump thrives, revving up his base with his every hateful lie, while the current field of Democratic candidates do everything they can to rev down their base.

You have to wonder why it is that the Trumpster has wasted so much of his energy trying to heap garbage on Joe Biden in the first place. Biden is doing everything he can to trash himself.

Nevertheless, Trump dispatched his buddy and private counsel Rudy Giuliani, who single-handedly is a gang-that-couldn’t-shoot-straight, to Ukraine to get some dirt on the Biden family.

True, Ukraine knows from dirt. The country’s oligarchs should be required to pay for their own mug shot photographer. They are really upset that Ukrainians elected a reformer, Volodymyr Zelenskiy, so they were willing to tell Giuliani and some pliant American right-wing reporters whatever story they wanted to peddle.

It’s also true that Biden’s son Hunter Biden had inappropriately come up with his own cushy deal to get lots and lots of money by attaching himself to a Ukrainian energy company. Inappropriate and cushy yes, but it didn’t cross that line into illegal. It should have, but it didn’t.

What the Trump/Giuliani squad did was to solicit a foreign government to get involved in a U.S. election, which is flat-out illegal. That also violated the first law of politics: Don’t get caught. Well, actually it’s the second law. The first is to hold on to elected office until you’ve squeezed every last penny out of it.

Furthermore, when they did get caught, they refused to cooperate with congressional investigators — which may not be illegal, but it is unconstitutional. Schiff did a good job of articulating Trump’s reckless authoritarian violations. But POTUS probably will be saved by the easily intimidated wimps who make up his party and hold the Senate majority.

That’s why the Democrats secretly dream about the Adam Schiffs of this world; no one else has captured their ardor. But get a grip, Democrats. It’s too late, no matter how many derogatory nicknames he gets from Tweetus. So forget about Adam Schiff, Democrats. But dream on that someone already in the mix somehow rises above it enough to at least mix it up with Donald Trump and stand a chance against him.