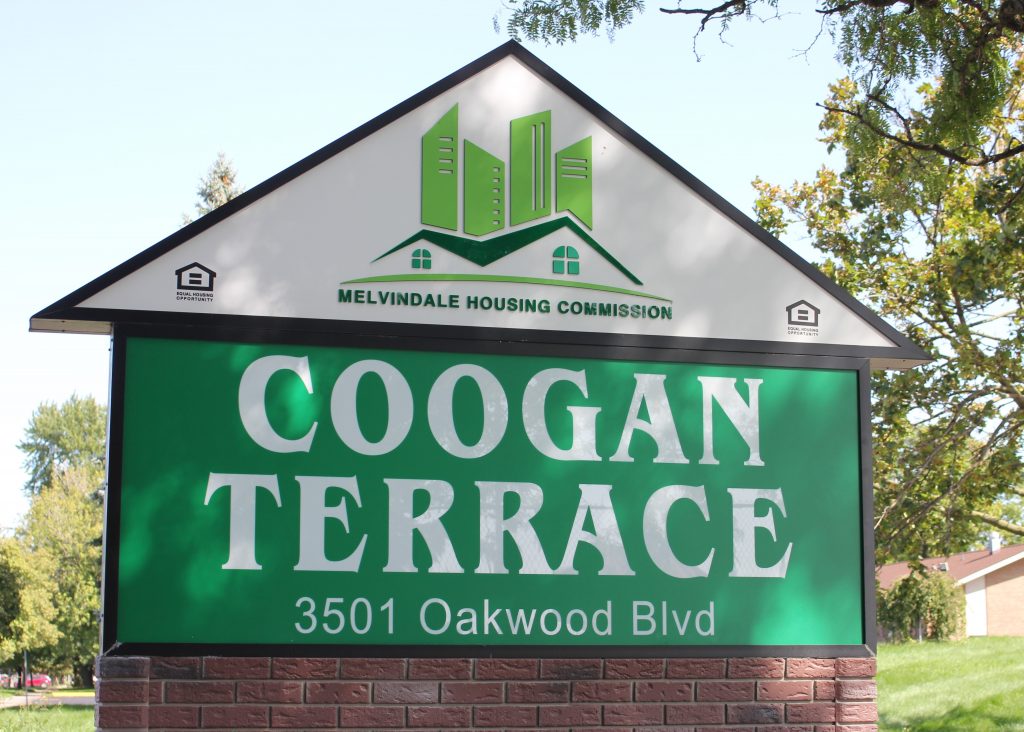 Marsee’s request, which was made during the online Sept. 17 city council meeting, was made out of concern for resident safety in the 199-unit high rise facility, 3501 Oakwood Blvd.

Coogan Terrace, which opened in 1985, houses low-income seniors and people with disabilities, and is funded through the U.S. Department of Housing and Urban Development.

Marsee said that no smoking, whether tobacco or other substances, is allowed inside the building.

“The danger of loss of life – we don’t want that building catching on fire – is why that is a no-smoking facility,” he said. “I think we need a fire marshal walk-through.”
Marsee said before the recent remodel of the building, he toured Coogan Terrace, and was aware that some residents were openly smoking tobacco and other substances inside the building.

“We have residents that are complaining about the smoking,” Marsee said. “My concern is we just put $15 million into that building, and we don’t need a fire.”

He said he was also going to talk to the Melvindale Housing Commission about the smoking ban enforcement.

“I know it is a hassle to not be able to smoke in your own residence, but by the same token, it is public housing and low-income housing,” Marsee said.

Melvindale Senior Coordinator Sandy Law said approval from HUD to turn the building into a no-smoking facility happened about 13 years ago.

“We were one of the first public housing high rises to go non-smoking, and when the residents signed their lease, they knew if they got caught, they could be evicted,” she said.
Law said the smoking ban was instituted because of numerous fires that occurred in the building prior to the ban.

“We had a lady, who was a paraplegic, whose chore worker decided she wanted to leave early, put her in her hospital bed, put the side up, and gave her cigarettes and her lighter before she left,” she said. “This lady unfortunately died with 80 percent burns over her body.”

Law said that tragedy provided the impetus to turn Coogan Terrace into a non-smoking building, which HUD approved, and she said it is likely that the smoking ban is still in each resident’s lease agreement.

Marsee said smoking inside the building is getting out of hand, and residents need to be reminded of the rules.