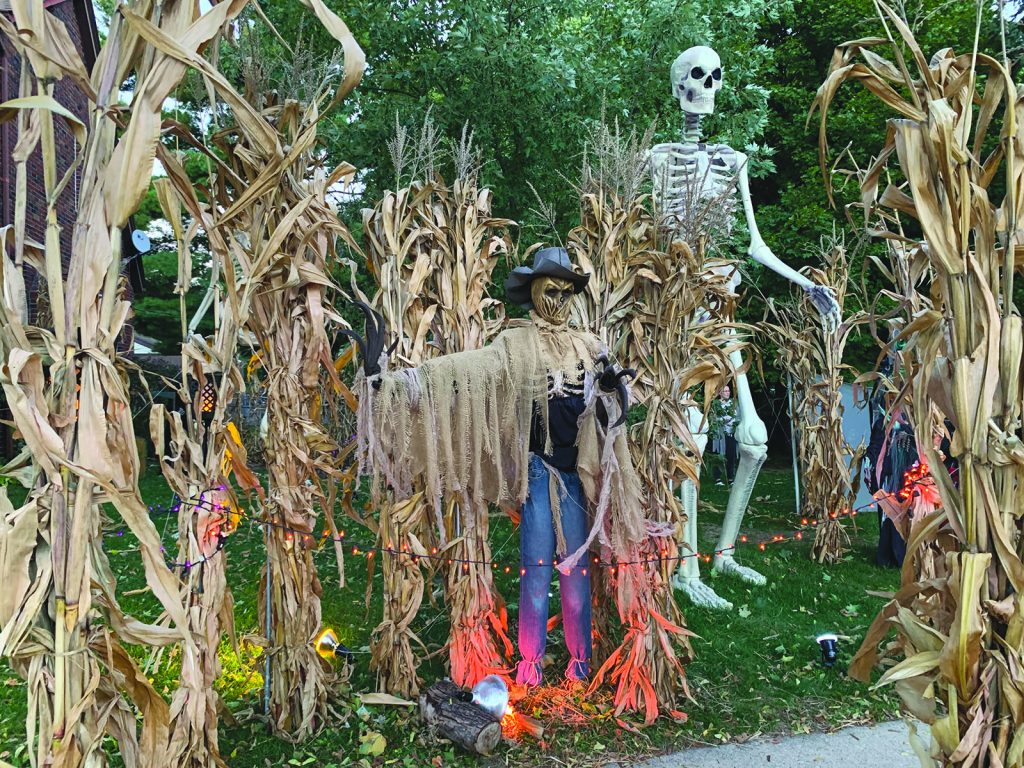 DEARBORN — As the sun sets on another day in October, a line of vehicles begins to grow for a glimpse of the dozens of Halloween decorations outside a house in the 3400 block of Grindley Park.

Husband and wife Ray and Christine Stachurski have been decorating their house for 10 years, with their display growing into adding over two dozen big eye-catching items.
Putting up all the decorations takes about two weeks to complete.

“We continue to do this for the families and people that come,” Christine Stachurski said. “Everyone loves it. It’s fun to see everyone’s expressions and their reactions.”
It all started after the couple purchased the T-Rex when they saw him at the store and continued to build around him.

“We got a reaction after putting him up and every year we just keep adding to it,” Christine Stachurski said.

The T. rex is a favorite of visitors, according to the couple.

“He has been out all summer, as a matter of fact,” Christine Stachurski said. “Since the COVID started we dressed him up as the Easter Bunny and Uncle Sam. Everyone was bringing their kids by to see him.”

Their collection has grown over the last four years to include skeletons, spiders, cornstalks, a headless horseman and dinosaurs.

“Before that, we only had a few things — like three or four things,” Ray Stachurski said. “It’s fun doing it and putting it all up. It’s pretty neat. The kids love it.”
A screen that displays different Halloween themed videos was added this year.

“People call it a mini haunted house,” Christine Stachurski said. “We have about 100 people visiting a day this year.”

Each Halloween, the decorations get moved around and different scenes are put up.

“We always say we’re not going to, but then we go to Home Depot then they’ve got something cool out every year,” Ray Stachurski said.

In 2017 and 2018 the house saw approximately 800 and 1,000 visitors, respectively, but this year with the coronavirus pandemic the Stachurskis aren’t sure how many trick-or-treaters they will have, but are prepared.

“Everyone that comes by says they’re coming for trick-or-treating, and we won’t know,” Christine Stachurski said. “If they don’t, at least they’re getting to have fun now. Everyone has been bringing the families by.”

Visitors are welcome to view the Halloween decorations on display at the house which is on the corner of Grindley Park and Penn.