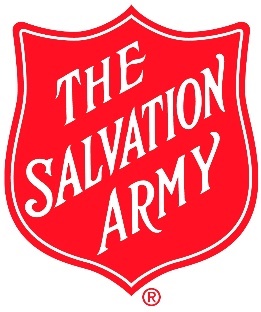 ’Tis the season of giving and The Salvation Army of Metro Detroit is ramping up its 2020 Red Kettle Campaign. Through New Year’s Eve, all donations, up to $425,000, will be doubled and fully matched, dollar-for-dollar, by The Consortium of Hope.

The Consortium of Hope is a group of local community leaders and businesses who join forces every year to help The Salvation Army reach its fundraising goal. This year, the nonprofit is looking to raise $8 million to rescue Christmas and continue to feed and shelter those who need it the most in Wayne, Oakland and Macomb counties.

Even though many of the iconic red kettles will be off the streets by Christmas Eve, there are still plenty of opportunities for supporters to donate to the nonprofit organization. Salvation Army supporters can help support the nonprofit’s efforts by:

“These final two weeks of the year are critical,” said Maj. Timothy Meyer, general secretary and metropolitan Detroit area CEO for The Salvation Army Eastern Michigan Division. “We need the community’s support now more than ever. Every donation made through New Year’s Eve – no matter the amount – makes a major difference and goes twice as far in helping The Salvation Army feed, shelter, clothe and financially assist thousands of metro Detroiters.”

Contributions made during The Salvation Army’s 2020 Red Kettle Campaign are tax-deductible, and all donations benefit local families and individuals in the communities they are given. Through the Coronavirus Aid, Relief, and Economic Security Act, gifts of up to $300 are 100 percent deductible for 2020, even for those using the standard deduction.