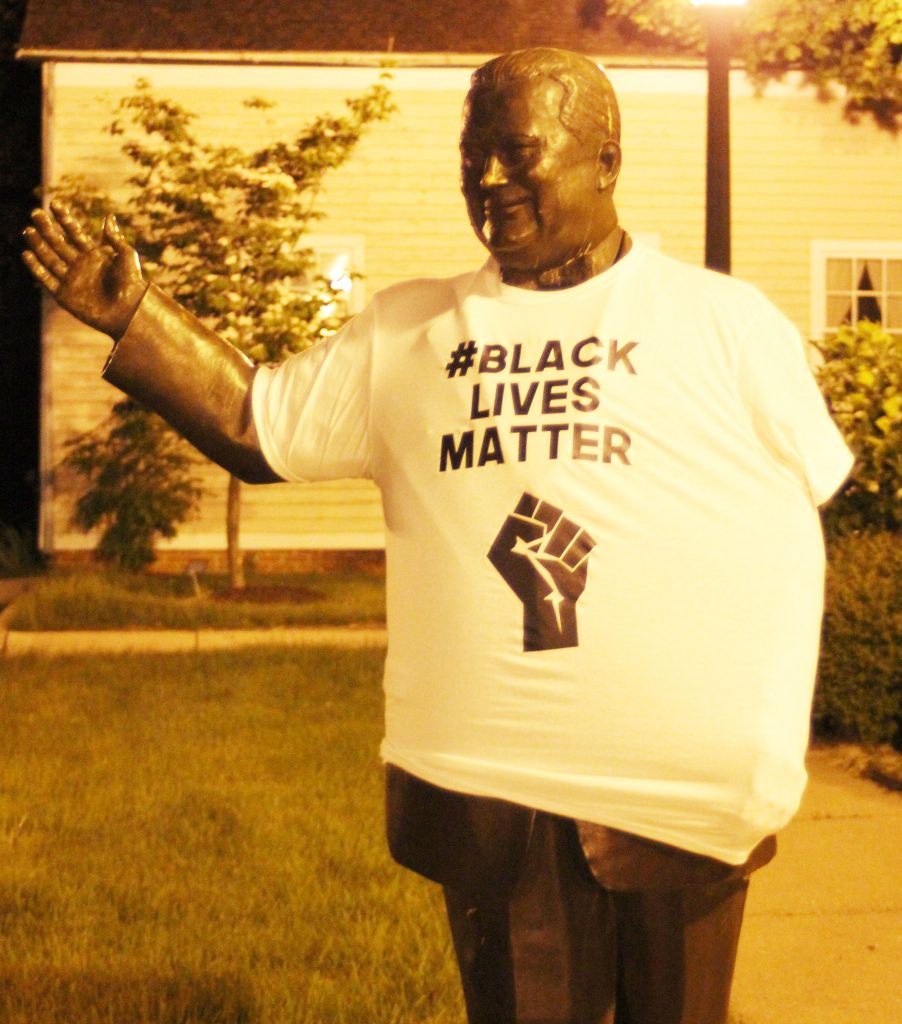 DEARBORN – City Councilwoman Erin Byrnes said Jan. 21 that the potential renaming of the Hubbard Ballroom, at the Ford Community & Performing Arts Center, has garnered significant interest in the community.

Byrnes, who spoke at the city council’s Committee of the Whole meeting Thursday — which is held five days before each city council meeting, to focus on agenda items — said that the topic, which evoking strong reactions among residents, is a serious issue.

Orville Hubbard, who served as mayor of Dearborn for 36 years, and who provided unprecedented city services, was also a known racist, and attempted to keep black residents out of Dearborn.

“I brought forth this idea of renaming the ballroom, given the extensive renovations that it has undergone over the past several years, since it was originally named back in 2007,” she said. “So, I brought that forth to the administration and recreation.”

She said she then consulted with the team at the Dearborn Historical Museum, who suggested the name Springwells.

Byrnes said the council discussed potential ballroom names at three mayoral briefing sessions, and said “Lincoln” was the name which garnered the most support, both for favorable associations with President Abraham Lincoln and with the Ford Motor Co. division.

She said City Attorney Debra Walling researched whether there were any trademark issues with the Lincoln name. None were found, and Ford representatives confirmed that they were fine with naming the ballroom “Lincoln.”

“On (Jan. 19), we confirmed that Lincoln in a general sense was the name, rather than be Ford Motor specific, and so that’s where we are today,” Byrnes said Thursday.

“The renaming of the Hubbard Ballroom has garnered a lot of public interest and input,” he said. “People don’t generally tune in to those mayor’s briefings, so maybe the public doesn’t know what’s going on as far as this naming policy.”

Paris said there was public interest as to how the council would seek input from residents.

“It’s a little bit more than just ‘marketing issues,’” he said. “It’s a hotbed topic and I really suggest that you get some more public input.”

Councilman David Bazzy said that while council members have different perspectives, they have in common the desire to do things which they feel are best for the community.

“One of the things I heard Councilman (Michael) Sareini say is, ‘We are elected to do a job,’ and if we are going to put everything up to a vote, then you should remove the council and just have periodic votes on social media, which to me is the worst plan of all time,” Bazzy said.

Byrnes said that, as an elected official, she feels a certain level of responsibility.

“This is a job that I take seriously, and I spoke out on this general topic in the summer,” she said. “I hope that folks are aware that this is in process, and I will continue to share information and make that available.”

Byrnes said that while she welcomes public input, as a council member, she is charged with making decisions which are best for the city, with the support of a hard-working and professional team of city employees.

“Their expertise in marketing, and what will work, and what will be an adequate reflection of this elevated space and will continue to help this space grow as we go forward, and hopefully, as things get better in terms of public health, and folks being able to be in community and present together again, I could really see a new name helping this space take off even more,” she said.
Councilman Robert Abraham said he thinks an important part of the process was creating a policy for this body and getting the administration to follow it consistently.

“We are all elected to represent our constituents, and I think we do that each and every day,” he said. “All you have to do is walk down the aisle at Kroger – we all get input whether we ask for it or not, everywhere we go.”

Abraham said the country’s democracy is not a perfect one, but one of representation.

“You can’t always ask the masses what they want, because you would probably never get consensus,” he said. “There are reasons that we drafted and adopted the existing policy, as framework for choosing and adopting names going forward, and I look at that as a fixed policy, but one that welcomes change if we feel it is needed.”

Abraham said he believes that the naming of the ballroom will be the inauguration of how future naming will occur in Dearborn.

“I think with the right mix of elected officials, like we have now, the naming will be responsible and representative of our entire community, and I can’t think of many better names to start a new policy, other than President Lincoln,” he said.

Council President Susan Dabaja said the process is important, and she appreciates Byrnes’ transparency and openness.

“You are very accessible,” she said. “I think you have attempted to reach a greater audience, and we appreciate that.”