The incident at the academy, 19500 Ford Road, occurred when an argument between two groups of people escalated into gunfire.

Police officials said the incident was not a random act of violence, and it was not associated with the school.

A victim who suffered a non-fatal gunshot wound to the leg was listed in serious condition at a local hospital.

Police Chief Ronald Haddad said several people of interest, who fled the scene before law enforcement arrived, are seen on surveillance footage, and department officials hope to identify and talk to them.

“Our No. 1 priority is citizen safety,” he said. “It is important that any witnesses to this incident contact the Dearborn Police Department.” 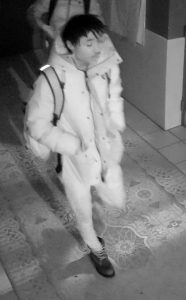 Those with information may reach the Dearborn police department at 313-943-2241, or, if they wish to remain anonymous, may call Crime Stoppers at 800-SPEAK-UP.