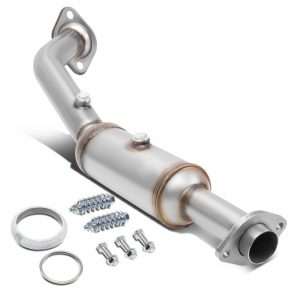 MELVINDALE — Police pursued a catalytic converter thief onto I-75 into Detroit in the early morning hours of Feb. 25, terminating the chase only when the suspects continued to flee at a speed approaching 100 mph, putting other drivers at risk.

The saga began when a resident in the 19000 block of Harman Avenue heard a drill-like sound from his living room, and discovered a man removing the catalytic converter from his son’s 2005 Honda Accord, which had been jacked up. When the resident called out to him, the man ran off and jumped into the passenger side of a nearby dark colored sedan.

A patrol officer spotted the likely vehicle, and when it rolled through a stop sign, the police officer initiated a traffic stop with his flashing lights, but the vehicle and occupants fled instead, speeding along Outer Drive to I-75 toward Detroit.

Michigan State Police were provided with a description of the vehicle, an earlier 2000 Chevy Impala.