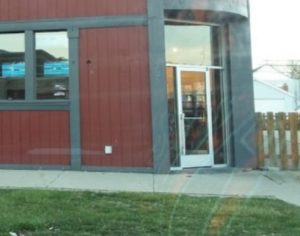 WYANDOTTE — A man who was told to leave a bar in the 200 block of Maple Street the night of March 13, after aggressively and profanely arguing with his girlfriend, added more drama to his exit by kicking the establishment’s glass door, causing it to shatter.

When a bar employee called police officers, his girlfriend quickly exited the business as well.

The people who were with the couple said they only knew the man’s first name, and they refused to provide the last name of the girlfriend, with whom they were friends. Police officers checked the area, but the couple had already left the vicinity.