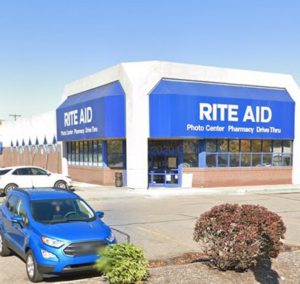 MELVINDALE — A shoplifter who wore a jacket during warm weather March 31 aroused suspicion in a manager at Rite Aid, 4016 Oakwood Blvd., who followed him out and recorded the thief’s license plate number when he fled.

Surveillance footage revealed that the thief filled up the inside of his coat with razors, shaving accessories, feminine products and hosiery.

The man was white or Hispanic, had a small to medium build, was 5 feet 6 inches to 5 feet 9 inches tall, and was wearing a black hat, black fleece jacket and khaki shorts.

He drove west on Oakwood Boulevard in a gray Pontiac G6 or Grand Prix. The store manager gave the license plate number to police officers.