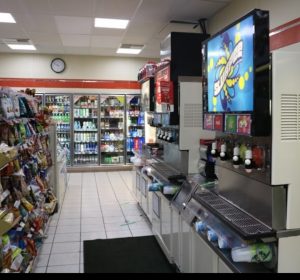 DEARBORN — A heated confrontation between a customer and clerk at 7-Eleven, 3307 Greenfield Road, at 12:15 a.m. May 7 led to the patron’s banishment from the premises.

The store employee said a boy was filling a Slurpee cup, and stopped to sip some of the product before topping it off again. When the clerk chastised the boy, the father, who was watching from the parking lot, entered the store to confront the employee.

The clerk said he called 911 when the man allegedly heaved a lottery computer at him, and threatened to destroy the store and to hurt him.

The customer claimed he only took issue with the clerk for yelling at his son.

Police officers observed that the lottery computer was not damaged, and that nothing was disturbed in the store. The clerk was unable to access surveillance footage to allow the police officers to review it.