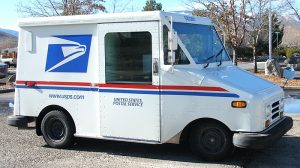 WYANDOTTE — A mail carrier driving a postal truck became the target of another driver’s road rage the afternoon of May 7 in the 1000 block of Walnut Street.

The female postal worker said she accidentally swerved toward another vehicle, and while neither of the vehicles were damaged, the other driver became enraged, and started following the postal vehicle.

When she pulled into a driveway, the man used his vehicle to block her in, then began to berate her with insults and profanity.

Fearing for her safety, and not knowing if the man was mentally unstable, she called for police officers, which prompted the man to quickly leave the scene.